Singer Neil Young has announced that his new high fidelity Mp3 player will be launching on Kickstarter on the 15th of March, the device is called the Pono Player.

The Pono is a high fidelity MP3 player that will retail for $399, and it is designed to provide the highest quality audio possible. 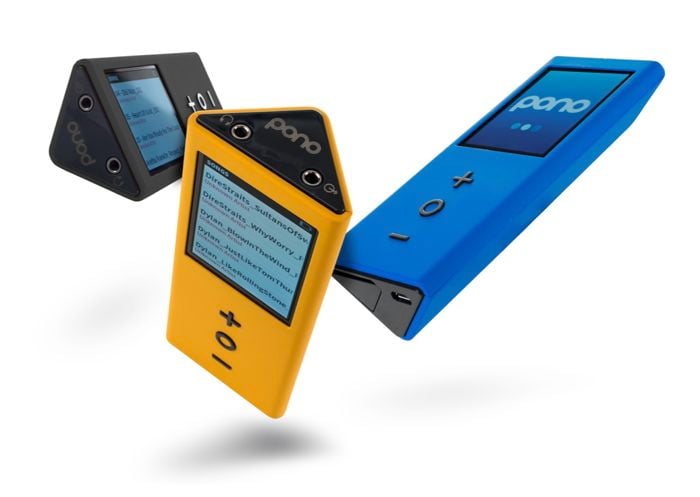 The PonoPlayer is a purpose-built, portable, high-resolution digital-music player designed and engineered in a “no-compromise” fashion to allow consumers to experience studio master-quality digital music at the highest audio fidelity possible, bringing the true emotion and detail of the music, the way the artist recorded it, to life. It also features a convenient, easy-to-use LCD touch screen interface that is totally intuitive. The audio technology in the PonoPlayer was developed in conjunction with the engineering team at Ayre, in Boulder Colorado, a leader in world class audio technology.

The Pono Player will come with 128GB of built in storage, which is enough to store between 1,000 and 2,00 albums, as you can see from the photo it features a triangular design.

The Pono Player comes with an LCD Touchscreen and features three physical buttons, the device will be available via Kickstarter later this week for $399.