Harvesting free energy as you walk, sounds like something from a science fiction movie, but now its edging closer to reality. Thanks to the researchers at UW-Madison who have been working on an energy harvester shoe.

A new power generating shoe concept has been created  which collects the mechanical energy produced by humans during walking, storing it ready to then power your mobile devices. The energy which is normally lost through heat is captured and then converted into electrical power that can then be used by wireless charged devices. 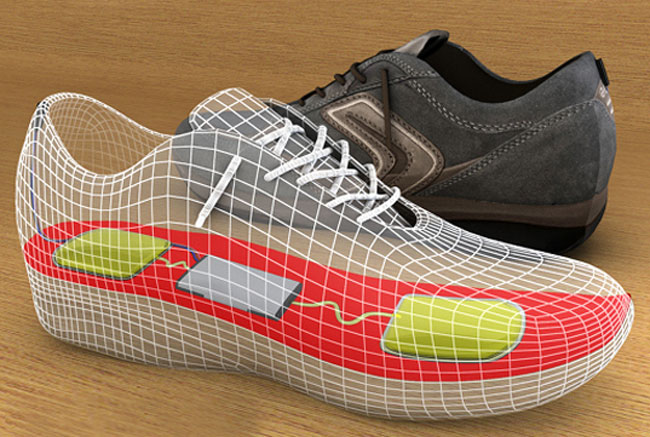 InStep NanoPower’s new shoe is a high-power energy harvester capable of converting mechanical energy to electrical power providing up to 20 Watts of power. The creators explain:

“The mechanical energy is converted to electrical energy by a novel microfluidic device through the interaction of thousands of liquid microdroplets with a groundbreaking nanostructured substrate.” 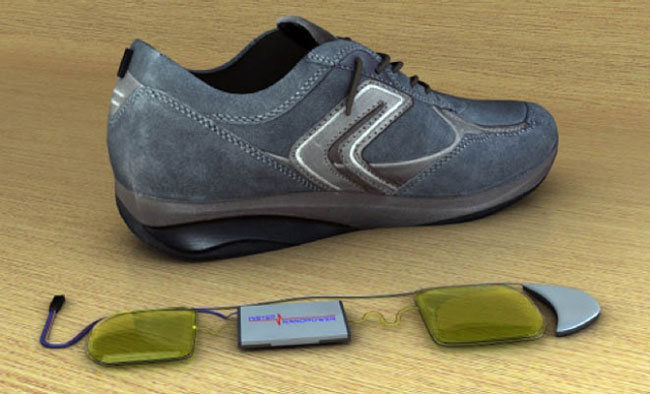 InStep Nanopower have also designed transfer systems allowing the energy to then be transferred to electronic devices without the need to attach cables, always keeping them charged ready for use. Together with a hotspot that can be used to connect devices to wireless networks.

The technology is still currently under development by InStep Nanopower but I’m sure its not going to be too long before this type of technology will hopefully be available to consumers.