Mozilla has released the latest version of its popular web browser, Firefox 10, and it comes with a range of new features and enhancements over the previous version.

Firefox 10 comes with a range of improvements which include the way extensions are managed, it will no longer reject extension when you upgraded, instead Firefox 10 will assume that they extensions are compatible, unless they have been labeled incompatible. 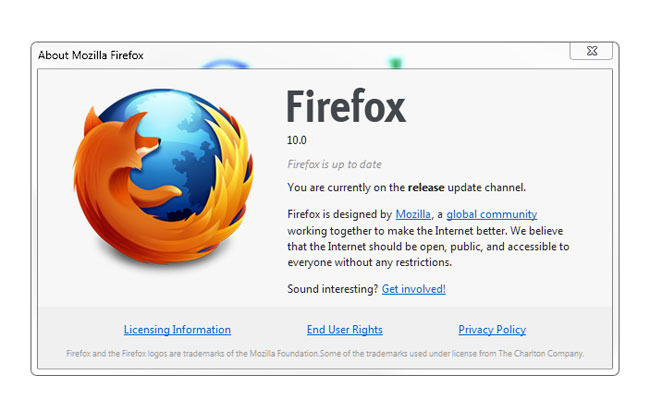 Mozilla has also changed the way the forward button works, it is now hidden until you have visited a number of web pages within a tab, instead you will see the back button until you visit more than one page.

Mozilla have released Firefox 10 for PC and Mac, and you can find out full details over at Mozilla.