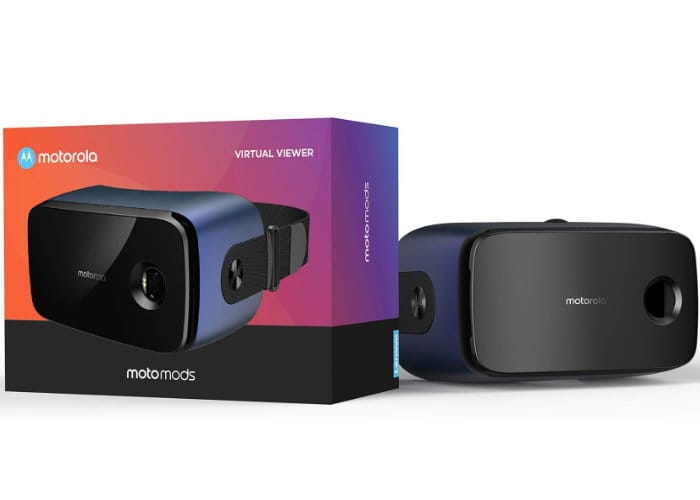 Details have been leaked this week of a new Motorola Motomods VR headset which could be launching very soon. VentureBeat reporter Evan Blass leaked an images of the new virtual reality headset via Twitter over the weekend, but unfortunately no other specifications have been made available at the current time. Motorola is well known for announcing accessories with long lead times so don’t for one minute assume that the new Motorola Motomods VR headset may be imminently available. 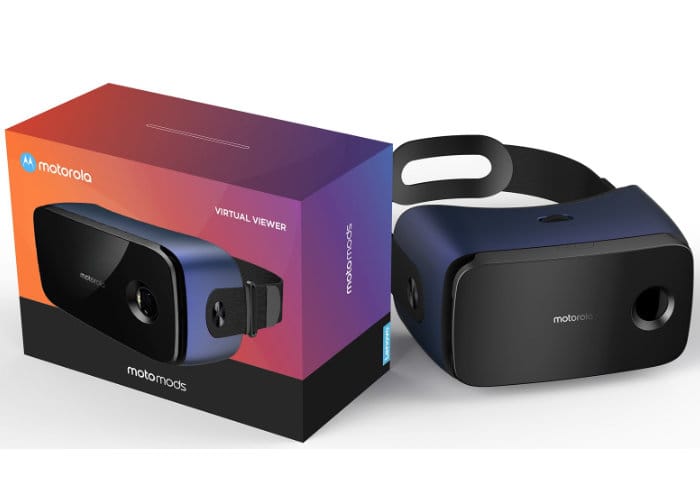 The Motorola Motomods VR headset image also looks more like a rendering than a product photo so Motorola may never bring the VR headset to production. However if it did, it’s thought that the virtual reality viewer will enable users to enjoy both augmented reality and virtual reality applications, experiences and games. From the image you can see the VR headset takes the form of many smartphone powered headsets currently available including the Daydream View and View. With a lens adjustment wheel located on the top and the smartphone holder at the front of the headset.

Unfortunately, no information on pricing or worldwide availability has been announced or leaked as yet by Motorola but as soon as information comes to light, we will keep you updated as always.

This is a hell of a Mod… pic.twitter.com/Mah61AYIZr