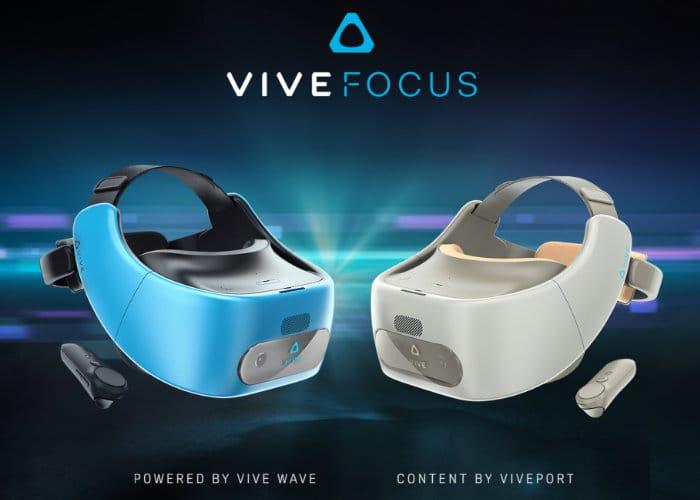 After being officially unveiled late last year, the new Vive Focus standalone VR headset has today launched in China. Offering connectivity to HTC’s new mobile virtual reality platform, the Focus stand-alone VR headset has been made available in China with more than 40 applications available at launch for early adopter to enjoy and comes with its own mobile version of the Viveport VR content store.

Preorders for the Vive Focus VR headset started in December 2017 and the first customers in China have started receiving their new Vive Focus hardware. HTC also held a launch event this week in China providing 100 attendees the chance to experience the new standalone VR headset and its immersive VR applications first hand.

The Vive Focus VR headset’s design and technology is based on Google’s Daydream standalone reference design, which in-itself was based on Qualcomm’s reference hardware. The Vive Focus is the first stand-alone headset to be launched in China and will soon be joined by Facebook’s Oculus GO which is being launched in conjunction with Xiaomi the form of the Mi VR which will run its own separate content store. The Vive Foucs VR headset is priced at roughly $670 or $625 depending whether you go for the blue or white finish, respectively.

No information has been announced as yet by Vive when the Vive Focus standalone VR headset will be made available, outside of China. But as soon as more details, release dates and pricing are made available by Vive we will keep you up-to-date as always.