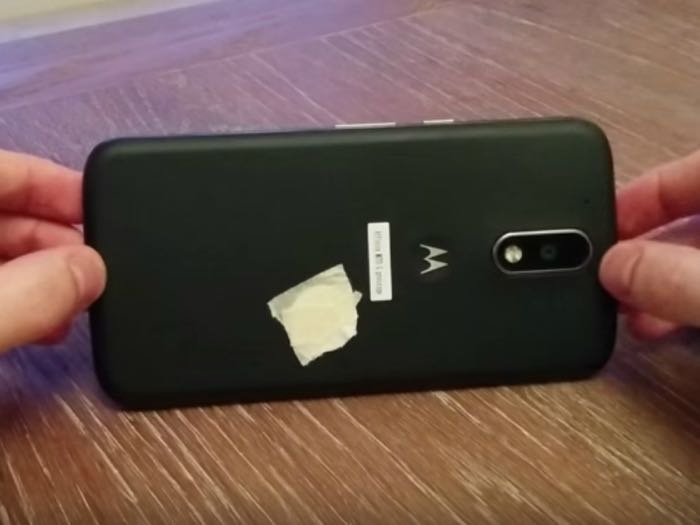 We recently saw some photos of the new Motorola Moto G4 smartphone and now we have another photo of the handset which you can see above.

The photo of the device was taken from a hands on video of the handset, unfortunately the video has now been made private on YouTube, which means we cant show you it.

The handset is rumored to come with a 5.5 inch display and there will apparently be two models, a standard G4 and a G4 Plus, the difference between the two handsets will be the cameras.

Unfortunately we do not have any details on what processor or how much RAM the device will come with, there is also no information on how many megapixels the cameras will have.

As soon as we get some more information on the new G4 and G4 Plus smartphones from Motorola and also details on when they will launch, we will let you guys know.