The new Motorola Droid X2 is supposed to go on sale later this month, and we have already heard that May the 26th may be the launch date for the Droid X2, which is next Thursday.

Now it appears that the Droid X 2 manual has appeared online on Motorola’s support site (PDF), and it confirms some of the new Droid X2’s specifications. 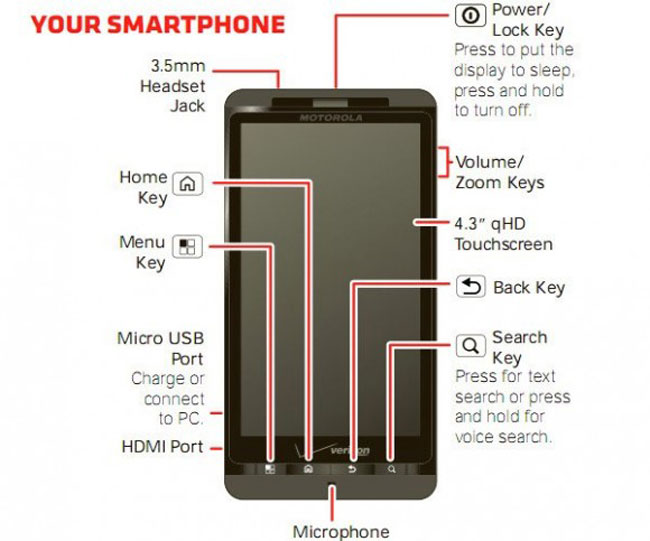 As we mentioned previously the Motorola Droid X 2 will feature a dual core 1GHz processor, plus a 4.3 inch qHD display with a resolution of 960 x 540 pixels, and there is also an 8 megapixel camera.

Other features on the Droid X2 include Android 2.3 Gingerbread, plus a mini USB port, HDMI and a 3.5mm headphone jack. There are no details on pricing as yet, as soon as we get some more information we will let you guys know.