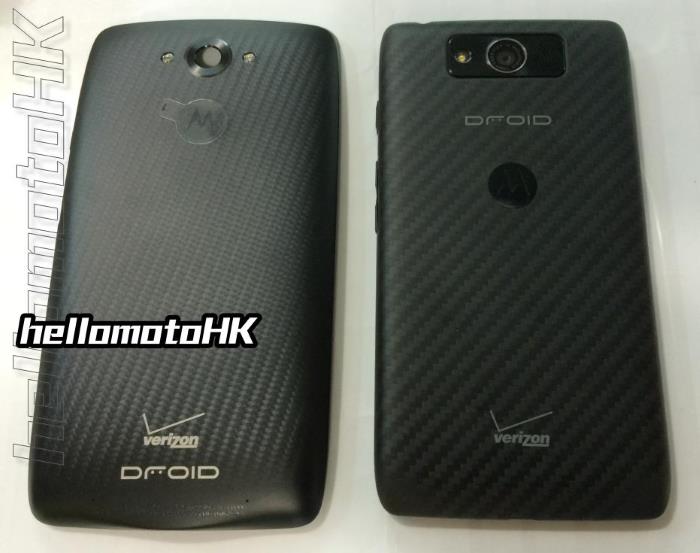 Many Motorola fans are excited about the newly announced Moto X and the Moto G, but Motorola is said to be working on another monstrous device, which is expected to launch on Verizon in the coming weeks.

Not too long ago, Motorola Droid Turbo, aka Quark, was spotted at the FCC, and now the folks at Hellomoto HK shared some images of the alleged device, revealing its backside design.

The alleged device comes with a similar Kevlar back as present in the previous versions of the Motorola Droid line up, as well as the Droid logo under the usual Verizon branding as seen in the image above. It’s also worth mentioning the alleged handset looks more round compared to the earlier versions of the handset, with a round camera and two LED flashes placed on each side.

The alleged Droid Turbo is said to come with a QHD display (2560 by 1440 pixels resolution), a quad-core Snapdragon 805 chipset with 3GB of RAM, and 32GB of internal storage. As far as the operating system is concerned, it’s said to come with Android 4.4.4 KitKat out of the box.

If the rumors turn out to be correct, we may get to see a bigger battery, similar to the previous Droid handsets, making this one of the most powerful handsets from Motorola.

Let’s just take this with a grain of salt as there’s no official word from Motorola or Verizon about it, but we’ll update you as soon as they are officially announced.