It looks like we may have some specifications and a photo of the new Motorola Atrix 3, the device is reported to come with Android 4.0 Ice cream Sandwich and will apparently be powered by a quad core processor.

The processor in the Motorola Atrix 3 is reported to be an NVIDIA Tegra 3 processor, and other specifications include a 4.3 inch HD display with a resolution of 1280 x 720 pixels. 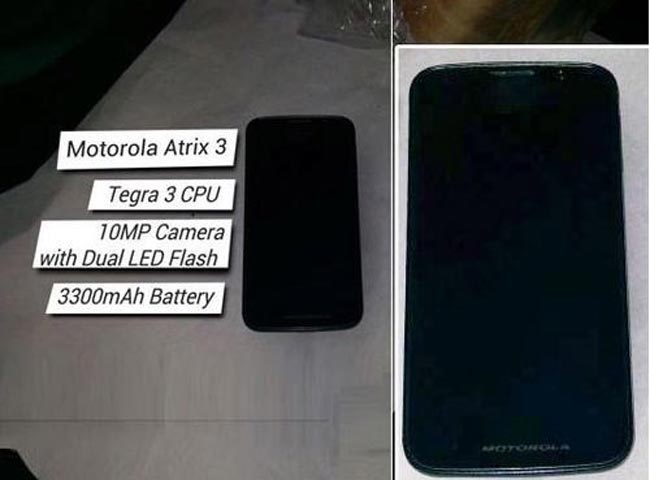 Other specifications on the Motorola Atrix 3 include a massive 3,300 mAh battery and a whopping 2GB of RAM, that is all that has been revealed so far, but from the specifications it sounds like an impressive smartphone.

The Motorola Atrix 2 is expected to be launched at MWC 2012 later this month and we should have some more information by then.