We have been hearing rumors about the Nokia EOS for a while now, and it looks like we have some more details on the device, which is reported to feature a Nokia PureView camera.

The Nokia EOS is rumored to come with the 41 megapixel camera that was launched last year in the Nokia 808 Pureview, have a look at the details below, on this new Nokia smartphone. 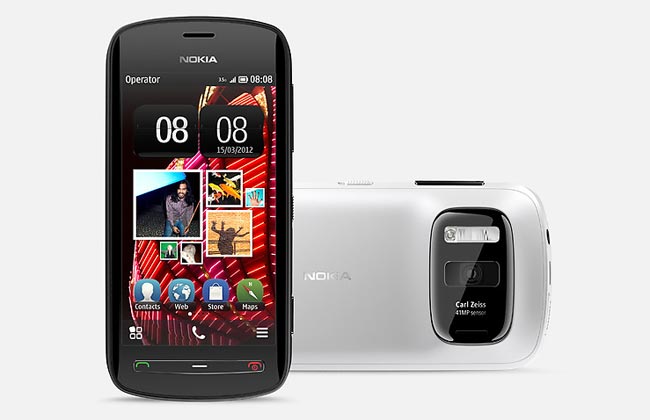 The device is made of polycarbonate, and is about as thick as the Nokia Lumia 920 in the middle, but is highly tapered at both ends, giving the impression of a much slimmer device.

The lens housing is round in shape and does not protrude much. The flash is Xenon, and the flash and lens are both smaller than the Nokia 808 Pureview. Next to the flash is a small red LED which may be a focus assist light.

The lens also has an automatic cover that opens when the camera app is started.

The number of megapixels were not marked on the prototype, with “XX megapixels” only being written on the lens housing.

There is a new camera app called “Nokia Pro Camera”with a completely new interface. There is also manual focus available through the app. The regular photo app is also available.

The screen size and resolution is same as 920, and appears to be AMOLED. The speaker holes are at the bottom as the handset.

The handset was much lighter than the Nokia Lumia 920.

As yet we do not have any information on when the Nokia EOS will be available, as soon as we get some more information, including full specifications on the device we will let you guys know.