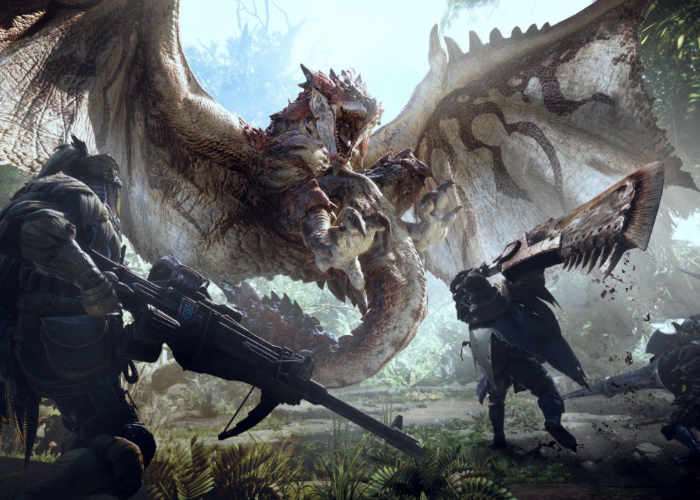 Monster Hunter World fans will be pleased to know that Capcom has this week released trailers detailing each of the 14 weapon types players will have access to in the new Monster Hunter World when it launches sometime during the first quarter of 2018.

For those not familiar with Monster Hunter World the game takes the form of an action role-playing title which will be available to play on the PlayStation 4, Xbox One and PC systems, offering both single player and multiplayer modes.

Monster Hunter: World is an action role-playing game set in an open world environment and played from a third-person perspective. As with previous games in the series, the player takes the role of a Hunter that is tasked by a group of researchers to hunt down and either kill or capture large monsters that roam outside the village for them to study.

The player’s character does not have any intrinsic attributes, but instead these are determined by what equipment the character is equipped with. This includes a weapon which comes from several archetypes (such as long sword, bow, or guns), which then further defines the types of combat moves and abilities the player can use, and pieces of armor, which can led to beneficial or detrimental combat skills if matched properly.

While some basic equipment can be purchased using in-game money, most equipment is built from loot obtained by slaying or trapping monsters, rewards from completing quests, or items gathered while in the field. This creates a core loop of gameplay that has the player fight monsters they can beat to obtain the right loot to craft improved weapons and armor to allow them to face more powerful monsters and the potential for even better equipment.