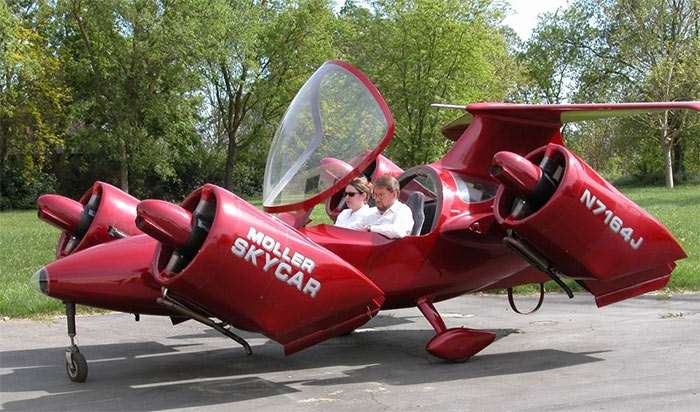 Back in 2001 one of the first so-called flying cars to make big news was from Moller International and was called the M400 Skycar. The company sank $150 million into the development of the flying car, but it was never to receive FAA certification meaning it never really flew around as intended.

The Skycar is on eBay for sale right now and it will cost you $1 million to enter the bidding. The buy it now price is set at $5 million. There is a big catch though, the skycar can;t be flown. The sale is listing it as a museum piece and it is aimed at collectors.

Skycar has eight rotapower engines that make over 720hp allowing vertical takeoff and landing, at least in theory. The company notes that reassembly will take some time. That makes it sound as if the Skycar is in boxes. So $5 million for an unassembled, undrivable, unflyable flying car? Pass.