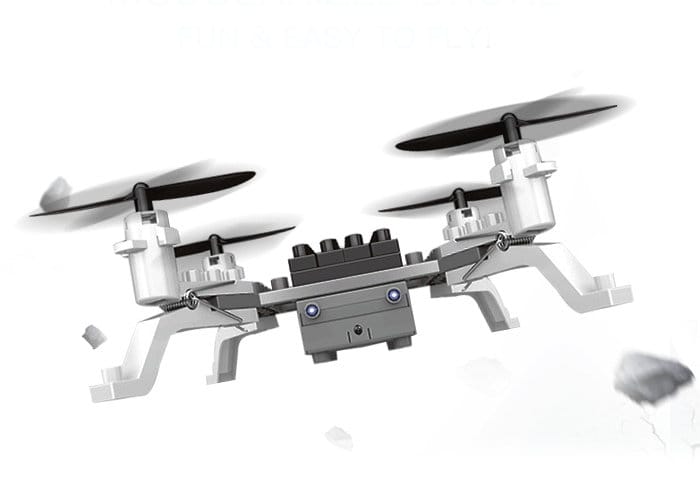 The team at Modularized have created and launched a new modular drone this week in the form of the Modularized Drone which has this week taken to Kickstarter and already raised its required pledge goal. Check out the demonstration video below to learn more about this fun and “easy to fly” modular drone which is Lego compatible. Thanks to the modular design owners can create a wide variety of different drones creations and layouts using 3, 4, 5, 6 or more propeller configurations.

The new modular drone is now available to back via Kickstarter with early bird pledges available from £50 offering a 30 percent saving off the recommended retail price which will take effect once the Kickstarter campaign comes to an end. It’s a team of developers explain little more about the unique modular design, “this DIY clip drone has universally assembling clamps. Its clamp can rotate freely and complete all kinds of challenge. It is literally the toy of your childhood dreams-to make your Lego prototypes fly. It is made of building blocks, so you can build it however way you want it to look or work.”

For more information and full specifications as well as details on all the different configurations you can build using the modular construction system jump over to the official crowdfunding campaign page by following the link below.