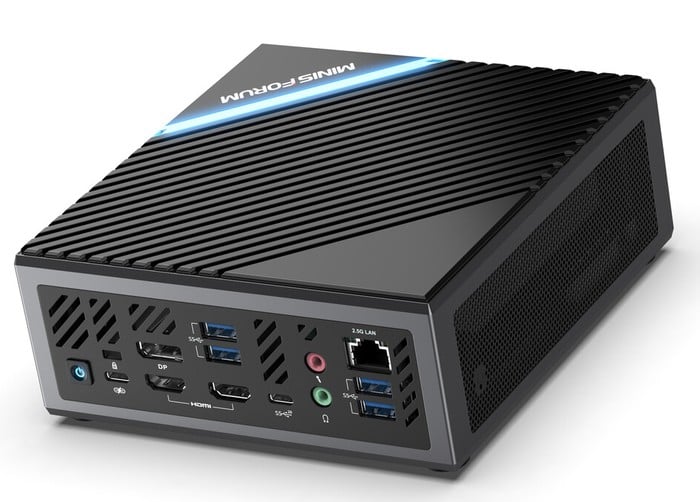 Minisforum have teased a new mini PC that will soon be launching based on the AMD B550 platform and and capable of accepting a graphics card up to and including a Ryzen 9 5900X. The small form factor PC measures 16.65 cm x 15.8 cm x 6.7 cm and will come supplied with a 120 W gallium nitride charger and use liquid metal for cooling. Unfortunately, no information on pricing or worldwide availability has been released as yet by Minisforum, but as soon as information comes to light, we will keep you updated as always.

““Mini PC manufacturer MinisForum recently announced that they will launch a new PC that is based on AMD B550 chipset soon. According to MinisForum, thisPC will support the latest Ryzen 5000 series APU including 5600G and 5700G and Ryzen CPU like 5600X and 5900X. Since 5600X and 5900X don’t support graphics output, the system will be equipped with a dedicated graphics card. But MinisForum hasn’t release much information about how they put a dedicated graphics card on this mini PC yet.

What is clear is that this computer will use gallium nitride adapter for charging. The package will include a 120w gallium nitride adapter. In addition, the system will also support ATX(SFX) power supply 12V only. With AMD B550 chipset, and will support PCIe 4.0 SSD. This mini PC will also use liquid metal for cooling, just like their previous products HX90 and HM90. The whole system will consume roughly from 120W to 1000W.”