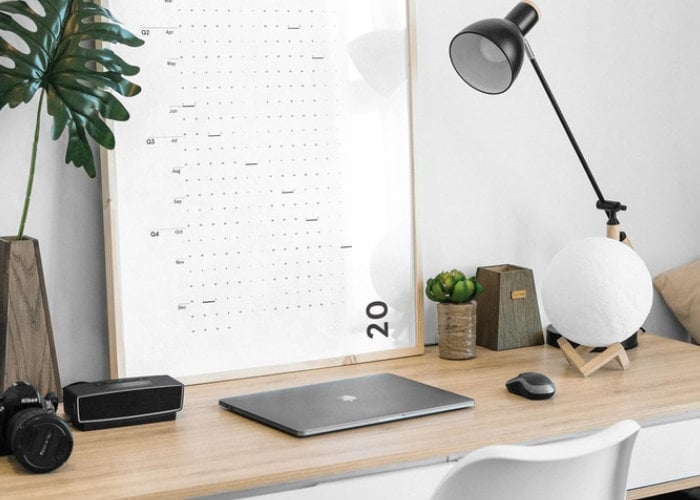 Branding and interface designer Nickolas Peter Chelyapov has created a new minimalist calendar for 2020 named the Hyper. Launched via Kickstarter this month pledges are now available from $42 or roughly £33 and worldwide shipping is expected to take place before the holiday season sometime next month during December 2019 throughout the United States. Learn more about the minimalist calendar by watching the video below to learn more about its inspiration and design.

“We live in confusing times, with everything coming at us lightning fast. It’s almost the year 2020 after all. And our personal lives have so much going on. Last year, I was looking for a calendar where I could see the entire year in advance and plan my professional work as a designer, my dad duties, and another rather large Kickstarter. And there wasn’t anything particularly attractive or usable. So here we are.

It’s useful to think of my time in terms of weeks, Saturdays and Sundays belong together, and I didn’t like how sometimes a new month would cut a week in half. (OCD designer yes). And there are some designy calendars that look cool or interesting, but require too much brain power to decode. “

“Carefully designed in Cambridge, and printed with love in Nashville. It’s a great joy to be working again with the same printer as last year’s calendar. A printer that has been operating for 30 years, with some employees that have been there the whole time (the average is 12 years). It’s such a joy to interact with people who are excited about what they do, and each other.”