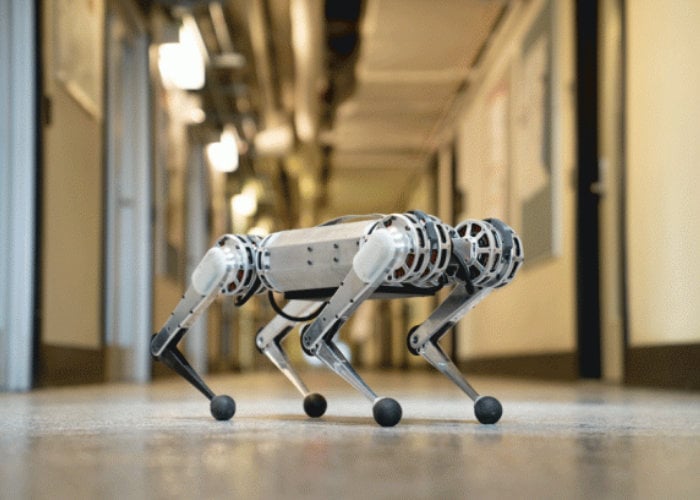 Massachusetts Institute of Technology or MIT has published a new video this week demonstrating their new four-legged mini cheetah robot. Weighing approximately 20lbs or 9kg the quadruped robot is capable of some pretty agile movements including full 360° back flips. Check out the video below to see it in action.

The mini cheetah robot has been created by the MIT Biometric Robotics Laboratory and is capable of bending and swinging its legs wide enabling it to walk either right side up or upside down. The agile robot can also trot over uneven terrain about twice as fast as an average person’s walking speed. 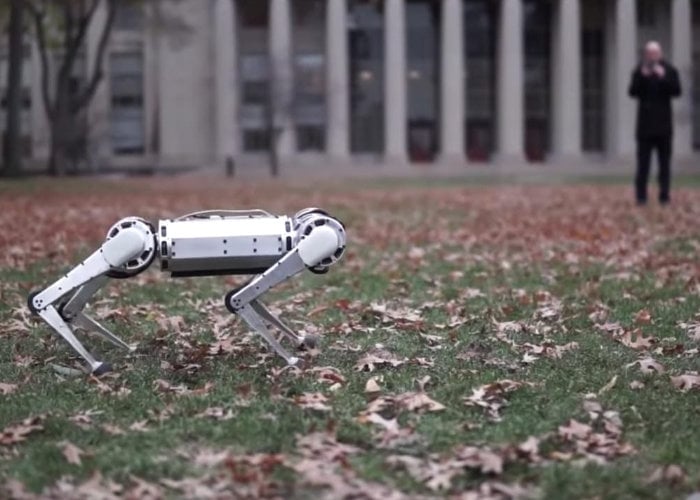 As the name suggests the new mini cheetah robot is a smaller version of the previously demonstrated larger Cheetah robot which ways roughly 90lbs or 41kg. The researchers will present the mini cheetah’s design at the International Conference on Robotics and Automation, in May 2019. They are currently building more of the four-legged machines, aiming for a set of 10, each of which they hope to loan out to other laboratories.

“A big part of why we built this robot is that it makes it so easy to experiment and just try crazy things, because the robot is super robust and doesn’t break easily, and if it does break, it’s easy and not very expensive to fix,” says Katz, who worked on the robot in the lab of Sangbae Kim, associate professor of mechanical engineering.