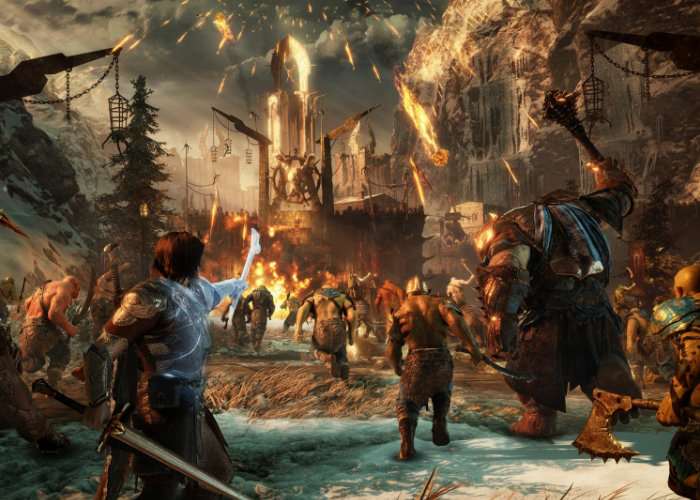 A new trailer has been released providing a glimpse at what you can expect to enjoy from the Middle-earth Shadow of War’s expansion pass, available as an add-on to the original game priced at $40.

For this the Shadow of War’s expansion pass adds two new Orc tribes and two story expansions both of which focus on new playable characters. Across four new pieces of content being released for Shadow of War over the next six months.

Warner Bros. Interactive Entertainment detailed what you get in each below together with excited release dates:

• The proud Outlaw tribe arise within Mordor introducing new missions, Epic and Legendary Orcs, tribal showdowns and intense battles, brought to life through the Nemesis System.
• New Outlaw tribe fortress with Overlord throne room, monuments and outposts.
• Players can hunt down Legendary Outlaw tribe Orcs for a new Legendary gear set with additional upgrade challenges.
• The Outlaw tribe is home to the most rebellious warriors in Orc society, outcasts who have a deep contempt of all those who would rule them, be they foreign invaders or Lords of Mordor (whether Dark or Bright).
• Available December 2017.

• Play as Eltariel, an elite assassin known as the Blade of Galadriel, and go head-to-head with the newest addition to the ranks of the Nazgûl.
• Wield Eltariel’s dual Elven blades and harness the Light of Galadriel with a host of deadly new combat abilities, skills and gear.
• Encounter memorable new Nemesis characters, such as Flint and Tinder and the Slayer of the Dead, while battling the Nazgûl and learning more mysteries of their past.
• Gain eight unique Legendary Orcs who can return to join your forces in the main story campaign with new abilities added to the Nemesis System.
• Unlockable Eltariel character skin for the main story campaign.
• Available February 2018.

• Play as Baranor, the Captain of Minas Ithil and survivor of the city’s demise, in a new story expansion where players will command the forces of Man against a new Orc threat to the East.
• Unite with Torvin, the Dwarven Hunter, to craft powerful new combat gear, including the shield, gauntlet, chain and glider.
• Hire mercenaries to create a human army and conquer the all new desert region of Lithlad.
• Fight to survive in Mordor as a human without the power of a Ring or a wraith to cheat death in a new rogue-like campaign mode.
• Unlockable Baranor character skin for the main story campaign.
• Available May 2018.