Today Microsoft have rolled out their new Office Web Apps to the mass market after a few month of  technical previews. Allowing access to final versions of PowerPoint, Word and Excel Office Web Apps completely free to all users with a Live account and its SkyDrive online storage service.

View a demo of Microsoft Web Application in the video after the jump. 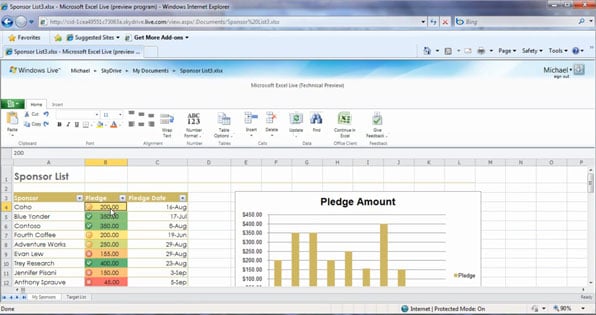 After a few months of  Technical Preview time, Microsoft has tried to incorporate much of the feedback for its users. But will it be a contender to worry Google Docs? The ability for users to seamlessly move documents from Office 2010 straight into Microsoft Office Web Apps is definitely one of its strongest features. Microsoft hopes to take this further by integrating the Web App in the new revamp of its Hotmail mail client later this year.