Xbox 360 gamers who have been experiencing colour issues on their displays after installing the last update rolled out by Microsoft. Will be pleased to know that Microsoft has now acknowledged the existence of issue with the colorspace on some Xbox video applications. Microsoft announced the acknowledgement via Twitter this morning, and has said they are currently working on a fix, but as yet no date or timescale has been set. 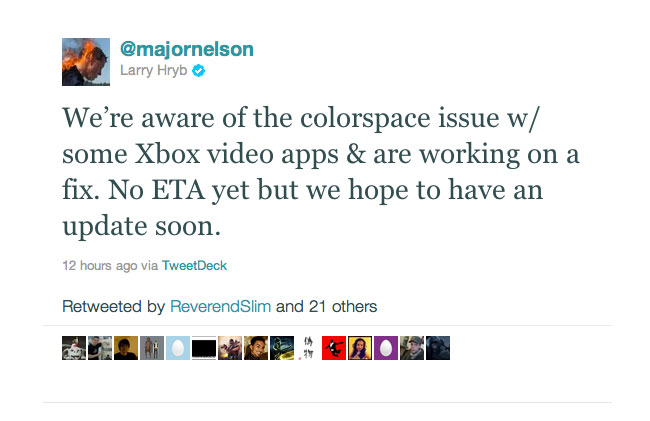 Xbox 360 users have also discovered a few other issues which may need to be resolved by Microsoft. Including issues that indicate problems with the HDMI output having HDCP authentication problems with certain TVs or receivers that blocks video output.

Together with issues confirmed by the Eurogamer website that 1080p output appears to be downscaled to 720p internally. Let’s hope that Microsoft also acknowledges these issues and is able to rectify them without delay.