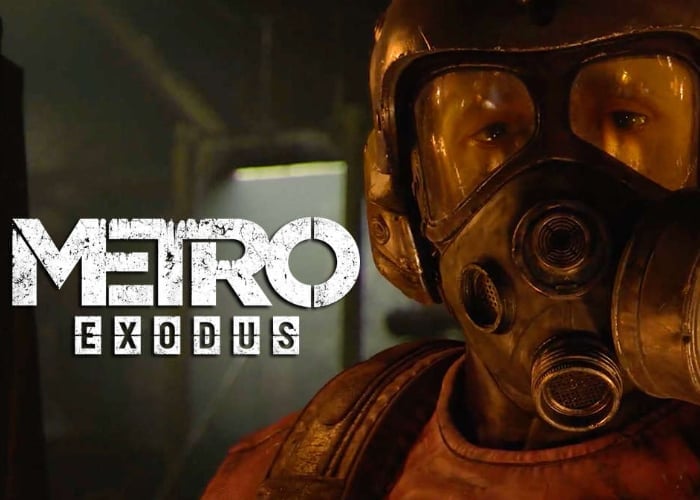 As the launch date edges ever closer for the new and highly anticipated third game in the Metro series, Metro Exodus. The games developer 4A Games and publisher Deep Silver have released a new trailer to whet your appetite ahead of the game’s launch on PlayStation 4, Xbox One and PC systems in just over a week’s time on February 15th, 2019.

You probably already know in a controversial move the new Metro Exodus game will exclusively be available to purchase for PC via the Epic Games Store until 2020. Features of the new game include :

– Embark on an incredible journey – board the Aurora, a heavily modified steam locomotive, and join a handful of survivors as they search for a new life in the East
– Experience Sandbox Survival – a gripping story links together classic Metro gameplay with new huge, non-linear levels.
– A beautiful, hostile world – discover the post-apocalyptic Russian wilderness, brought to life with stunning day / night cycles and dynamic weather.
– Deadly combat and stealth – scavenge and craft in the field to customize your arsenal of hand-made weaponry, and engage human and mutant foes in thrilling tactical combat.
– Your choices determine your comrades’ fate – not all your companions will survive the journey; your decisions have consequence in a gripping storyline that offers massive re-playability.
– The ultimate in atmosphere – a flickering candle in the darkness, a ragged gasp as your gasmask frosts over, the howl of a mutant on the wind – Metro will immerse and terrify you like no other game.

“A quarter century after nuclear war devastated the Earth, a few thousand survivors took refuge in the Moscow Metro. They believed they were the last remnants of humanity – but they were wrong. Only Artyom dared to dream of a life on the surface. But dreams can quickly turn to nightmares…

Explore the Russian wilderness in vast, non-linear levels and follow a thrilling story-line inspired by the novels of Dmitry Glukhovsky that spans an entire year through spring, summer and autumn to the depths of nuclear winter.”