Following in the footsteps of the popular Pebble smartwatch which raised over a massive $10 million in pledges from the Kickstarter website. MetaWatch has today announced that they have created a Bluetooth 4.0 developer version of their smartwatch.

Pebble also announced during their Kickstarter campaign that they would also be adding Bluetooth 4.0 to their smartwatch via a software update at a later date. 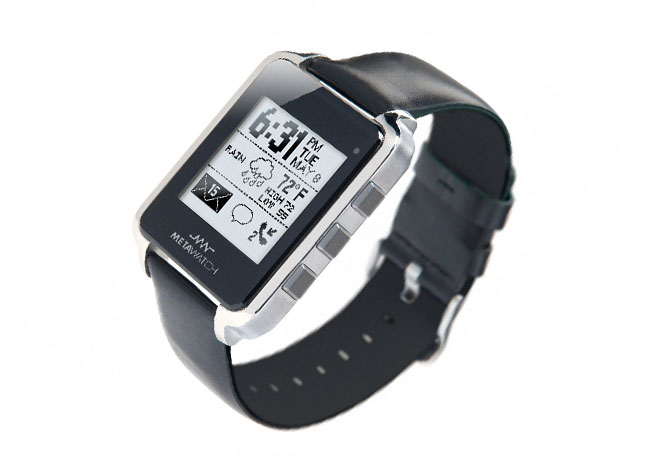 Bluetooth 4.0 is important for the development of the smart watches due to, Bluetooth Low Energy which is incorporated into the standard and helps conserve and use less power whilst connecting to other devices.

These systems enable the rapid development of ‘connected-watch’ applications that enable developers to quickly and easily extend the interfaces of devices and applications to the wrist. The Meta Watch platforms utilize embedded Bluetooth® technology to connect to smartphones, mobile devices and other Bluetooth enabled devices.”

MetaWatch’s new Bluetooth 4.0 smartwatch is now available to purchase for $199, and has been designed for developers.