Back in March we reported how HP and Fossil had teamed up to create a new gadget aggregator, well the new gadget has now been unveiled and is called the Fossil Meta Watch. Working with Meta Watch an advanced development group exploring technology-based opportunities for watches.

The partnership between HP, Fossil and Meta Watch has now created the first prototypes available for public viewing and this new style of gadget has some great features.

The Meta Watches are available in either analog digital or digital versions, and their platforms are based on the MSP430TM ultra-low-power microcontroller and CC2560 Bluetooth host controller interface from Texas Instruments (TI). Which allows them to receive push notifications from tablets and mobile devices, which can then be used by developers using the  Meta Watch SDK and APi’s. 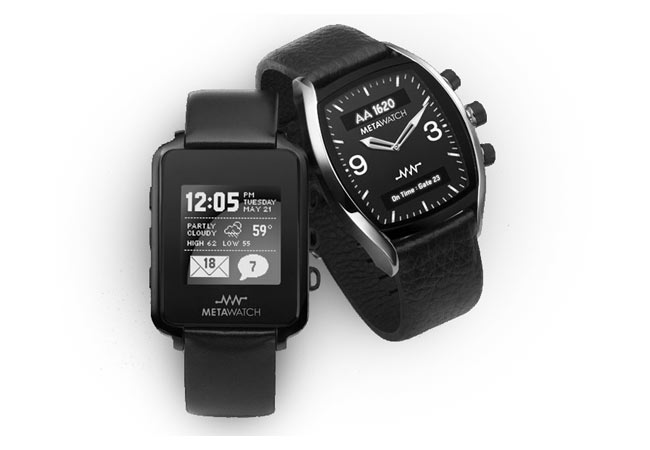 Its thought that the new Fossil Meta Watches could be arriving on the high street sometime in July for around $200 but nothing has been fully confirmed by either HP, Fossil or Meta Watch as yet. However if you are lucky enough to have a ticket the new Meta Watch will be on show at the Google I/O Developer Sandbox next week.