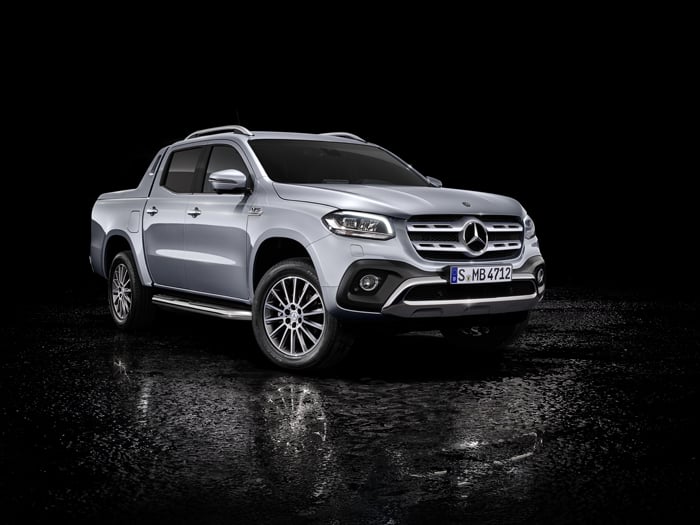 Mercedes has announced a new version of its slick truck called the X-Class. The new version gets a larger 3.0L turbo diesel engine that makes 258hp and 550nm of torque. That truck also gets permanent 4MATIC AWD with off-road capability.

Mercedes says that the truck in top trim will hit 60mph in 7.9 seconds. The official name is the X 350 d 4MATIC and it uses the 7-speed automatic transmission other Mercedes cars use. That features steering wheel shift paddles and ECO start/stop function.

The transmission has Dynamic Select with five modes including an off-road mode. The truck can ford 600mm of water and has the departure angles that should make it a decent off-road performer. Despite the resurgence in the US small truck market, the X-Class won’t come here.