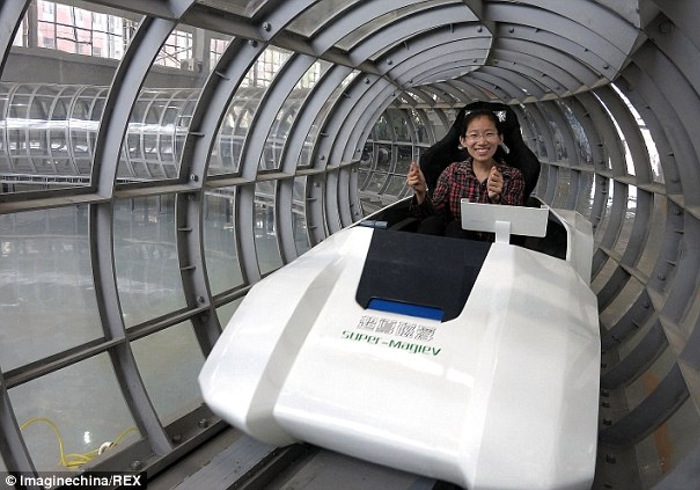 Researchers at Southwest Jiaotong University, Chengdu city, Sichuan province, China have unveiled a new Megathermal Superconducting Maglev train they have developed which could potentially reach mind-boggling speeds of up to 1,800 mph.

The new prototype system super-maglev train has been developed to help push the speeds of trains even higher and magnetic levitation trains, or maglev for short, have been very popular in Asia due to the incredible speeds they can reach and the capacity they can carry.

Last year the first first high-temperature superconducting maglev ring test was constructed which is similar to the one pictured but without the enclosing tube and currently the fastest maglev passenger train is currently the Shanghai Maglev Train, which was launched back in April 2004 and can reach speeds of up to 268 mph.

Now China’s first manned megathermal superconducting maglev loop has been tested And to reduce the air pressure in the running environment a tube has been added which now lowers the atmosphere to 10 times less than normal atmospheric pressure at sea level.

The new megathermal superconducting maglevIt’s just a prototype of the current time and is still in development however the new speeds that can be accomplished could lead to new innovations for military or space launch systems. Lead on the project is Dr Deng Zigang explains :

“The meaning of the project is that it will be the first one to realise the prototype of the future evacuation tube transportation,”-”At this moment, we are conducting evacuation tests on the new system. We will release our achievements after the successful running in the near future.” 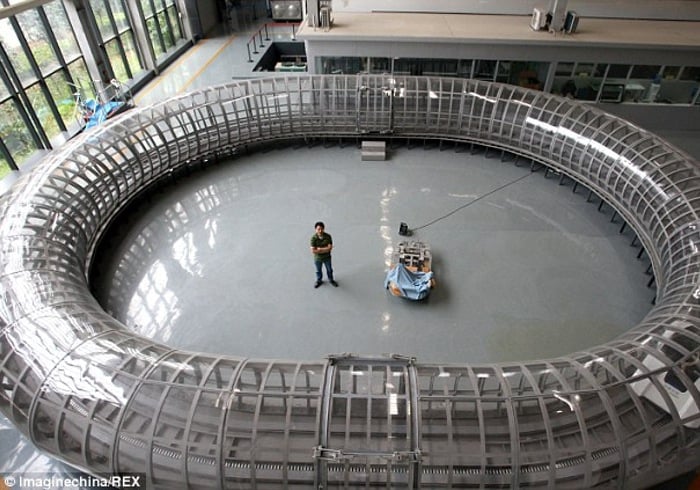