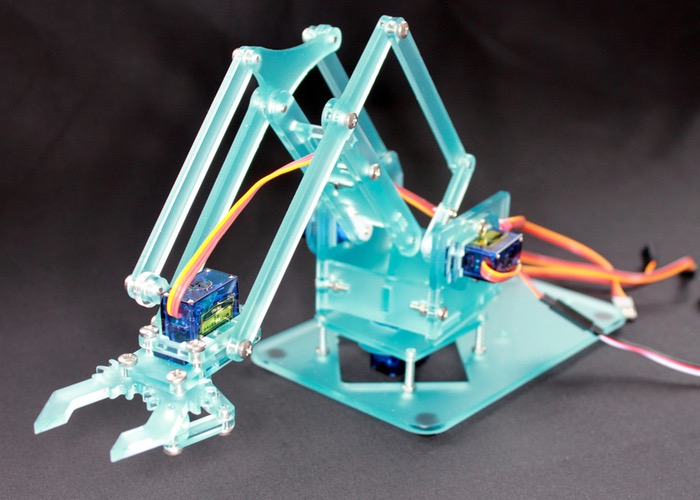 Benjamin Gray has created an open source pocket sized robotic arm that has been specifically built to be easy to build and simple to control. Now he would like to take into production his new controller called MeBrain for the robotic arm that will make it even easier to use and make it even more accessible.

The MeBrain Robotic Arm controller project is currently over on the Kickstarter crowd funding website looking to raise enough pledges to make the jump from concept to production. 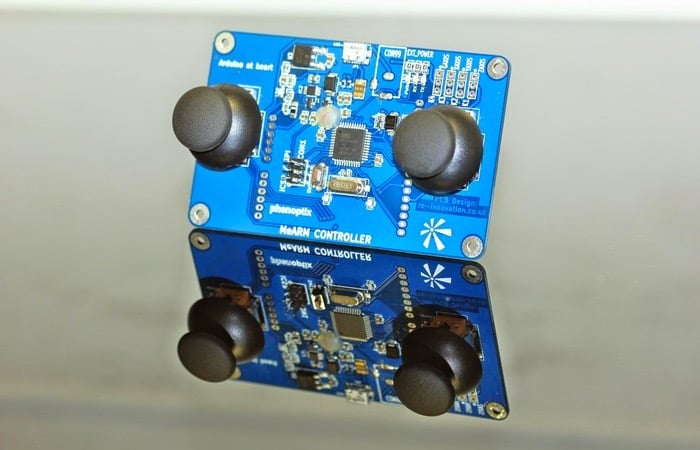 “MeArm is a pocket size robot arm. It was conceived to make robotics, electronics and programming accessible – by driving down the cost of robot arm ownership. The ultimate aim is to make something low cost that you can build with nothing but a screwdriver and enthusiasm.

The MeArm project is Open Source. This means all of the design and code files are freely available for you to download, so that you can view, edit, learn from all of the work that has been put into the project so far. This covers the files for laser cutting, the PCB board schematics and board files (which are KiCad) and all of the software

Up to now the MeArm has been something for those who are happy to tinker with electronics. We want to use Kickstarter to help us provide a platform to achieve the “Screwdriver and Enthusiasm” goal. This platform is the MeBrain. The MeBrain has two joysticks to control the MeArm. You plug the robot arm into it and it into a power supply and you will be able control the arm and even record a few movements to play back.

With the MeBrain the MeArm will be the most open and accessible robotics project in the world, we hope it will find uses in schools, universities and anywhere where encouraging engagement in science, technology, engineering and maths is important. We really should include art in there too as the MeArm is a fairly handsome bit of kit, thanks to the design aesthetic of Jack Howard, and it’s use in kinetic sculpture has often been discussed.”

So if you think MeArm Robotic Arm is something you or someone you know could benefit from, visit the Kickstarter website via the link below to make a pledge and help the MeBrain MeArm Robotic Armcontroller become a reality.