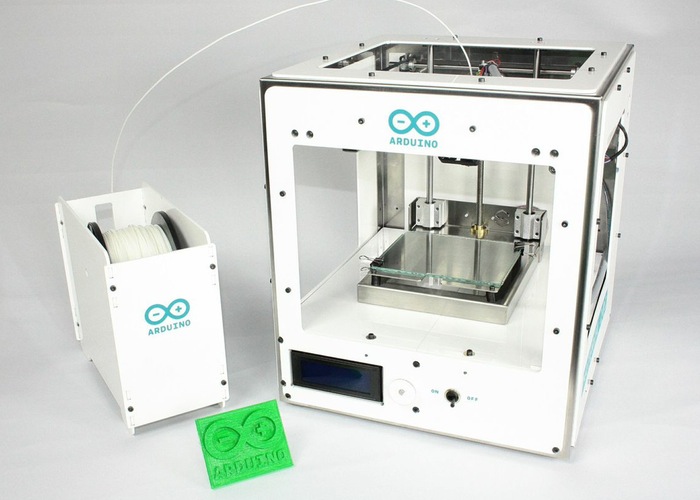 Today Arduino and Sharebot have announce a new 3D printer they have created and that will be officially launching during this weeks Maker Faire Rome called the Materia 101 3D printer.

The Materia 101 has been designed to be completely open source and affordable, as well as simplifying access to the world of 3D printing and rapid prototyping, as well as being built and developed in Italy.

Ideal for beginners, makers and education the Materia 101 3D printer offers a printing area of 40 x 100 x 100 mm and is equipped with an extruder offering a diameter of 0.35mm using 1.75mm filament. Arduino explains a little more:

“Arduino has been playing an essential role in the promotion and dissemination of open-hardware around the world. The collaboration with Sharebot – which has been also opening different parts of its previous printers – will lead to the release of all technical drawings, mechanical documentation and customized Marlin’s firmware of this printer.
Materia 101’s visual identity is a project by studio ToDo: the choice of essentiality of design and the white color of the machine suggests its ease of use.”

The new Materia 101 3D printer will be available as either a kit or pre-assembled depending on your skills and preferences and will be priced less than €700 or $1,000 preassembled or €600 or a kit. Unfortunately no exact pricing or worldwide availability has been released as yet by Arduino, but the official presentation will be held later this week during the Maker Faire Rome, 3-5th October 2014 event. Features of the Materia 101 3D printer include : 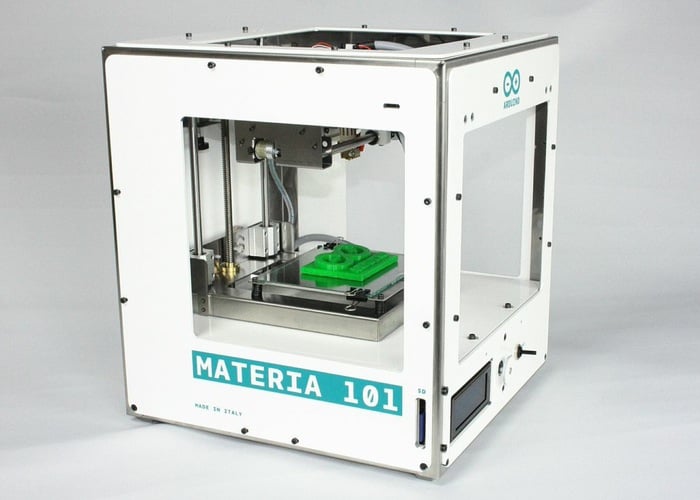