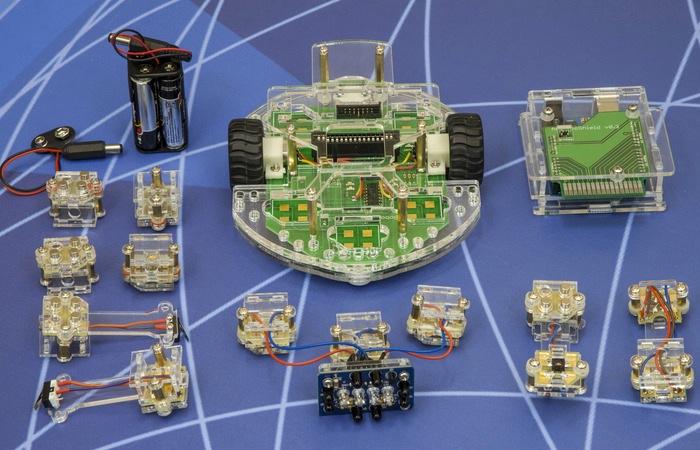 Makers, hobbyists and education establishments that have ever wanted to build their own robot, complete with a variety of different sensors. Are sure to be interested in a new open source robot called the Scratch Duino.

The Scratch Duino programming is based on the Arduino platform and comes supplied with a variety of magnetic mounted sensors that can be installed and removed with ease. 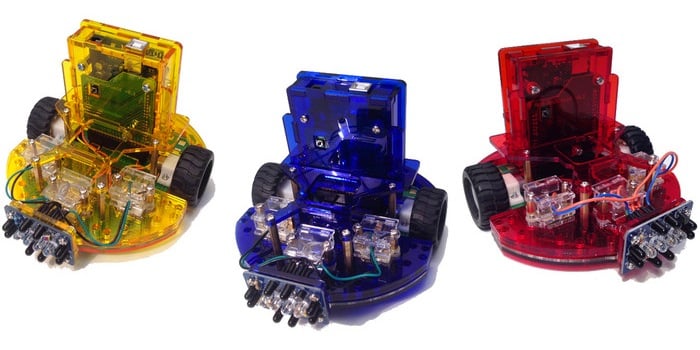 The Scratch Duino robot has been created to collect data on multiple channels simultaneously enabling users to build complex solutions with relative ease. Watch the video after the jump to learn more about the open source robot Scratch Duino project and see it in action. Its creators explain a little more:

“Scratch Duino is ready out of the box to collect data and process it according to a piece of code you design with Scratch.  The Scratch Duino is a comprehensive and easy-to-use robot kit in all aspects: Modular and customizable, Easy assembly using magnetic-mount parts, ScratchDuino collects information on multiple channels simultaneously allowing to build complex solutions for various tasks, Reliable / troubleproof, Open Source (Scratch+Arduino), Easy programmable (1 hour workshop is enough to start programming for 7 years kid).

The programming is done using the famous Scratch language developed by MIT. Right out of the box our robot is ready to collect data and process it according to a piece of code you design with Scratch. This makes our robots flexible and interactive.”