Pegatron has just showcase its new MasterPad Windows 7 tablet equipped with a 11.6 inch touch screen. The MasterPad is still in the prototype stage at the moment but first impression look very promising. It might even be the embodiment of the Windows 7 devices Steve Ballmer is hoping will help Microsoft compete with Apples iPad. 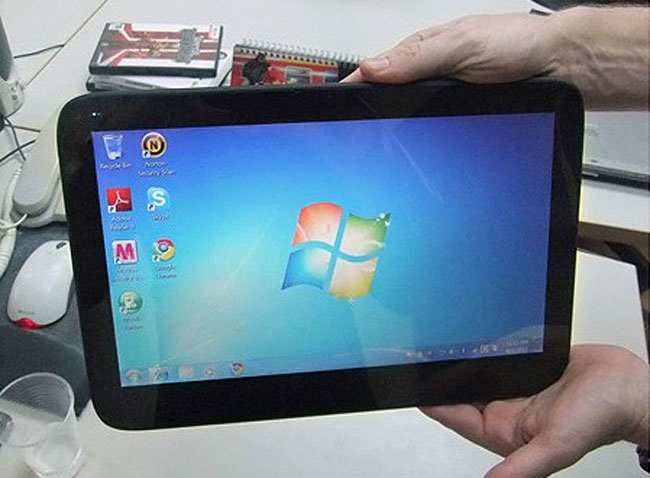 The MasterPad ha a 11.6 inch IPS screen with a resolution of 1,366 x 768 and is equipped with a 1.3 megpixel web camera, 2 x USB ports, memory card reader, an accelerometer, mini-HDMI port, 3G connectivity, and 32GB or 64GB solid state drive options and weighs around 990g.

However the Masterpad still has some weaker points like the 5 hours battery life and 1.66 Atom N450 processor, but these are hopefully going to be overhauled before release. The Masterpad does promise 1080p playback and flash compatibility and will hopefully be launched in the coming months, according to Pegatron.