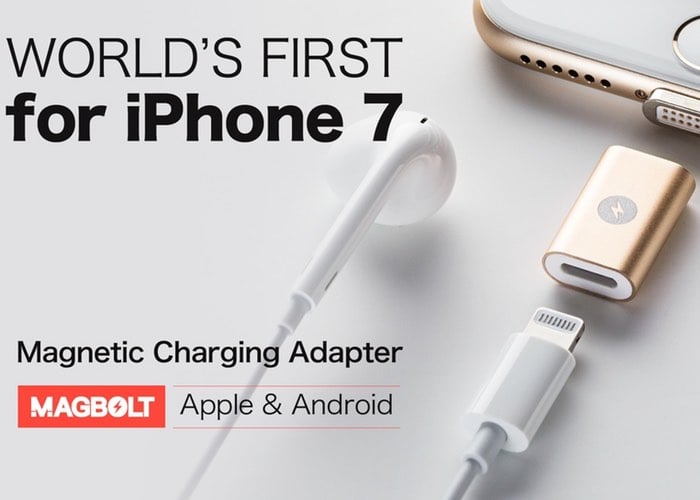 A new magnetic charging connector has been launched this week called the MagBolt, which is being marketed as the world’s first magnetic connector for both Android and the new iPhone 7 smartphone range which was launched by Apple earlier this month.

The two in one magnetic connector is the 1st to support both Android and iOS devices and is now available to back with pledges starting from just $9 for the first 100 super early bird backers. check out the video below to learn more. 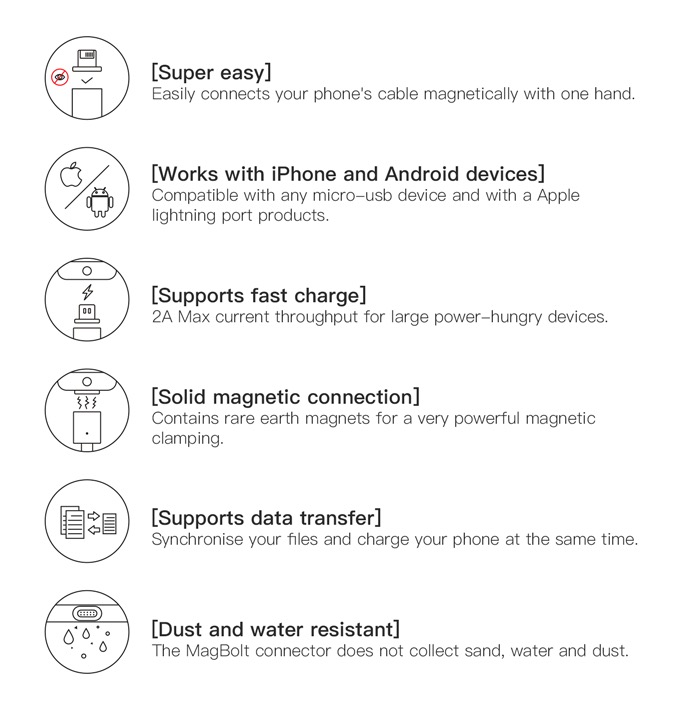 For more information on the new MagBolt jump over to the Kickstarter website for details and full specifications by following the link below.