Adam Howard a computer science major at Bournemouth University in the UK, has created a fantastic ambient colour controller to enhance watching movies on your Mac

The amazing device has been created using open-source Arduino micro-controller, and the code which actually controls the lighting has been developed by Howard. Watch the video after the jump to see the device in action, and the effects it can produce when watching movies. 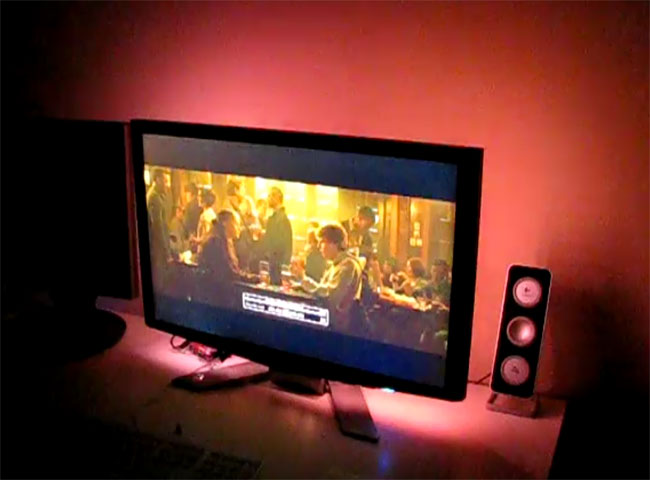 If you fancy building your very own Howard has kindly made the code open-source and available on Github.

“Most projects I start are because it’s something that I want for myself. In this case I received a fair amount of interest and opened it up… I stopped development when it worked on my system and suited my personal needs[, and] released it on GitHub so that others can have a headstart if they want to do something similar.”