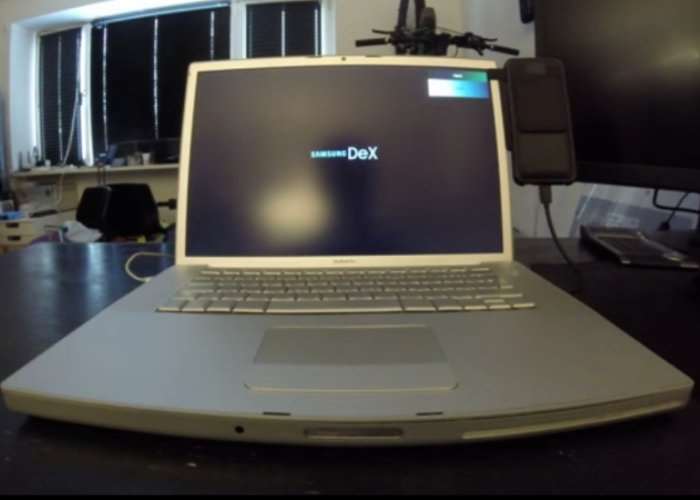 An industrious hacker has taken an old MacBook laptop and transformed it into a Samsung DeX system powered by the Samsung Galaxy S8 hardware.

Watch the video below to learn more about the project which has been featured on the XDA website and created by member “kreal”.

The Android Community website explains more about the project :

The idea behind Samsung DeX is that you can sit your Samsung Galaxy S8 on the proprietary dock, connect it to an HD display, pair a mouse and a keyboard and you should be able to work on a desktop or laptop-like environment. The problem with this system is that when you work mobile, it’s really not practical to lug around the whole DeX system. Enter XDA member “kreal”, who took the Samsung DeX system and ran with it. Look where he was able to go.

The result was a 2008 MacBook Pro stripped of its innards was able to run the Samsung DeX system – of course, after a heavy dose of DIY. What kreal did was that after he removed everything under the hood of the MacBook Pro – he stuffed two old laptop batteries inside, used an HDMI controller he got from eBay for the display, got some controllers that made the keyboard work over USB, and an old laptop fan to make sure the project doesn’t burn up.