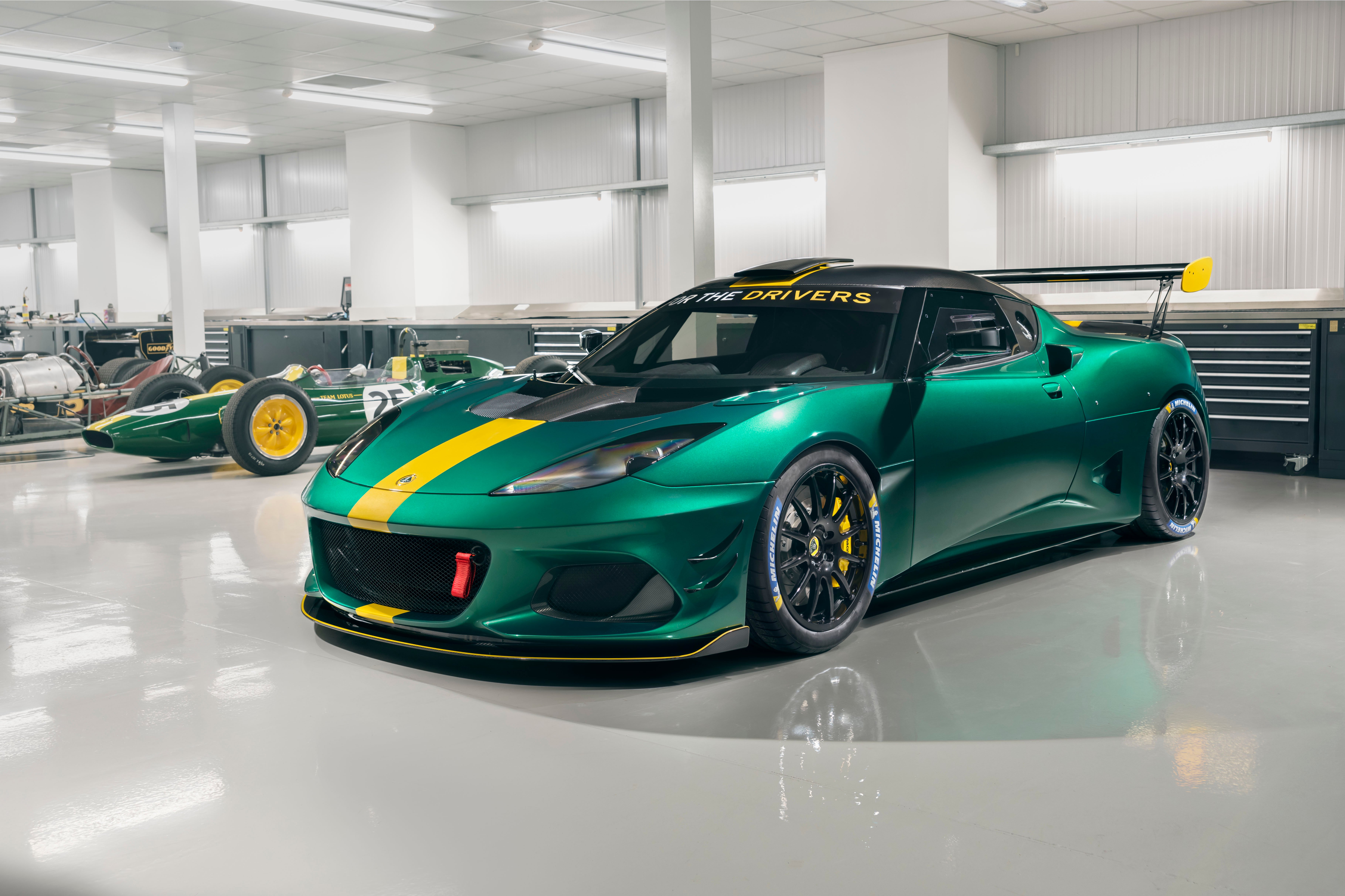 The new Lotus Evora GT4 Concept has been shown off at the Old Timers Grand Prix Nürburgring 2019, along with the Lotus Elise Sport 220, Lotus Evora Sport 410 and Lotus Exige Sport 410.

Lotus has an enviable history at the Nürburgring with legendary drives and victories over the years at the “Green Hell”. Stirling Moss won the German GP for the first time in a Lotus in August 1961 in a heavily modified Type 18/21 and the great Jim Clark won again in 1965 in a Type 33, but it was at the Nürburgring 10000 km in 1962 that Lotus and Jim Clark cemented their reputation for the future. Jim was driving a lightweight and agile Lotus Type 23 with a small 1498cc twin cam engine producing just 100 bhp; after the first lap Clark was in the lead by 27 seconds and at one point was two minutes ahead – against bigger and more powerful opposition.

The new Lotus Evora GT4 Concept is also being presented at the Nürburgring Old Timers GP. The Lotus Evora GT4 Concept marks a return to the international racing arena for Lotus. Retaining the personality and natural ability of the road-going Lotus Evora, the GT4 Concept builds on the brand’s advanced lightweight engineering expertise to deliver a race car that perfectly encapsulates the company’s competitive spirit. Proving its racing credentials, the last generation of Evora GT4 won prestigious championships and races at the most famous tracks around the world, including British GT, Dubai 24hrs, Barcelona 24hrs, European GT4, Sepang 12hrs the Pirelli World Championship and most recently crowned vice-champion in the Swedish GT Series with Cyan Racing in 2018.

You can find out  more details about the new Lotus Evora GT4 concept over at Lotus at the link below.