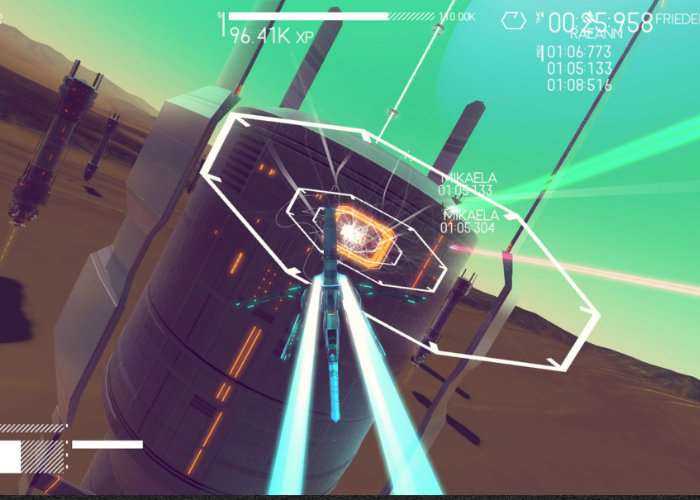 A new futuristic science fiction racer game will be launching on the PlayStation 4 later this month and will be available to download and play from September 26th, 2017 onwards.

Check out the release date announcement trailer below to learn more about what you can expect from this new racing game designed by a small indie team from Vienna, Austria.

Simon Wallner from developers the Lost in the Garden explains more about the new racing game.

The ability to fly/drive on any surface means that there isn’t just one single fastest route through each track. Instead there is a plethora of different paths that allow you to express your own unique playing style. If you take a look at the screenshots here, each one of the fine white lines is a previous player’s path!

This feature also means that designing the tracks and the environments is critical. In Lightfield, we don’t constrain the players to only standard races on each track. Instead, you can wander off to simply explore the environments and use them as your hyperfuturistic playground.

When designing the levels and environments, we worked in tandem on the look and functional aspects. Julia, our technical artist and level designer, began to ‘grey box’ the levels at an early stage. This means that the tracks are first built out of simple grey boxes – hence the name! The goal is to achieve something playable extremely quickly, that can then be playtested and refined to ensure the layout is spot on. At the same time, Raimund, our art director, worked on the concept art that gives our worlds a natural and cohesive feel. This follows a holistic approach, where it is important to capture the look and feel of the tracks in order to shape the final visual experience.