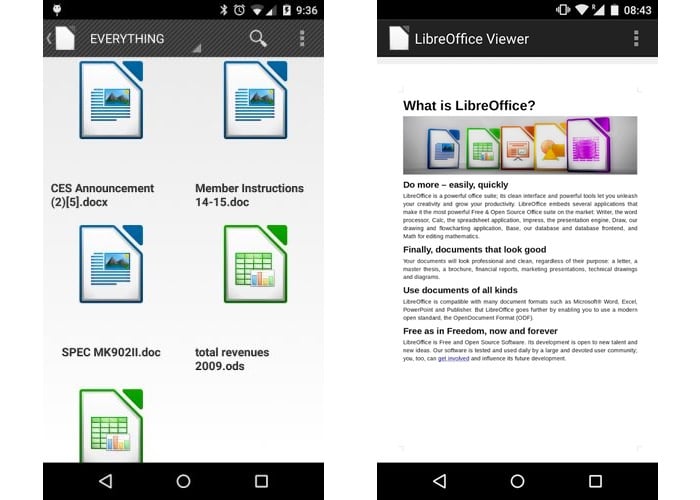 LibreOffice and Android smartphones users will be pleased to learn that a new LibreOffice Viewer for Android app has been launched over on the Google Play Store this week, in a beta release for users to download and use for free.

LibreOffice is the world’s most popular Open Source office application and the new Android app is currently in active development so not yet 100 percent stable explain its developers, Collabora Productivity Limited.

The development team has also asked users not to rely on the LibreOffice Viewer Android app for mission-critical tasks and request that users provide feedback and bug reports where possible to help with the applications development.

Currently supported files within LibreOffice Viewer for Android include :

New features that will be added soon in future releases include : Interactive document elements such as URLs, support for browsing external SD card storage devices, together with a wealth of new features tweaks and enhancements. For more information on the new LibreOffice Viewer for Android app jump over to Google Play Store.