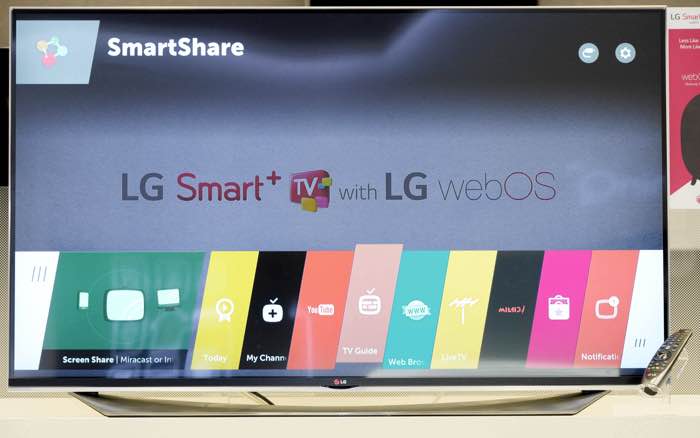 LG has announced that it will be showing of its WebOS TV 2.0 at CES 2015 in January, according to LG the new software is designed to ‘enhance the key features’ of their existing WebOS devices.

LG’s WebOS 2.0 will come with a wide range of new features, and the company has announced that they have sold a total of 8 million webOS enabled TVs.

At the 2015 International CES from Jan. 6-9 in Las Vegas, LG Electronics (LG) will be unveiling an impressive TV lineup featuring the company’s newest webOS 2.0 Smart TV platform. LG’s webOS 2.0 is specifically designed to enhance the key features found in the current generation of Smart TVs, resulting in an outstanding user experience unmatched by any competing system. What’s more, LG is working with content providers such as Amazon and Netflix to ensure that LG TV owners are guaranteed a wide range of viewing options in brilliant 4K resolution.

We will have more details on all of the new features that will be available in webOS TV 2.0 when it is made official at CES in January.