It looks like the LG Optimus Vu is headed to US mobile carrier Verizon Wireless, the photo below shows the Optimus Vu next to a Samsung Galaxy S III, and as you can see from the photo it features the Verizon branding.

The LG Optimus Vu features a 5 inch touchscreen HD IPS display with a resolution of 1024 x 768 pixels, the handset will come with Android 4.0.4 Ice Cream Sandwich. 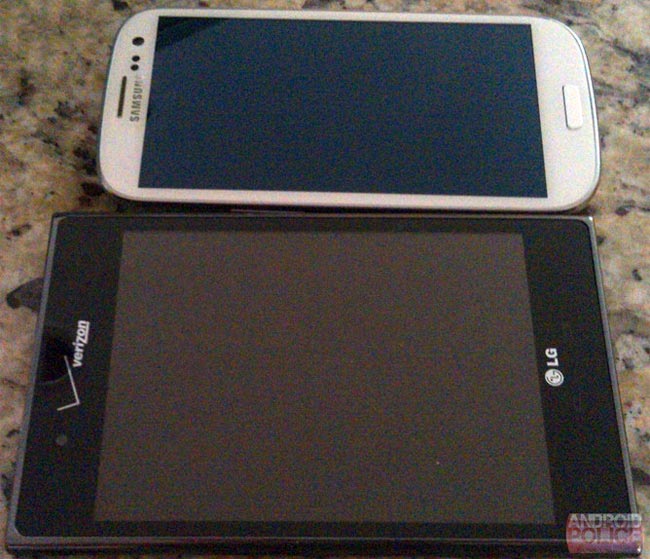 Other specifications on the LG Optimus Vu include a dual core 1.5GHz Snapdragon S3 processor with an Adreno 220 GPU, and 1GB of RAM, the device will also come with 32GB of built in storage.

The above specifications are for the existing LG Optimus Vu device, it is not clear as yet whether these will be the exact same specifications when the device lands on Verizon.

Verizon have yet to officially announce the LG Optimus Vu, as soon as we get some more information including a launch date and some pricing details we will let you guys know.