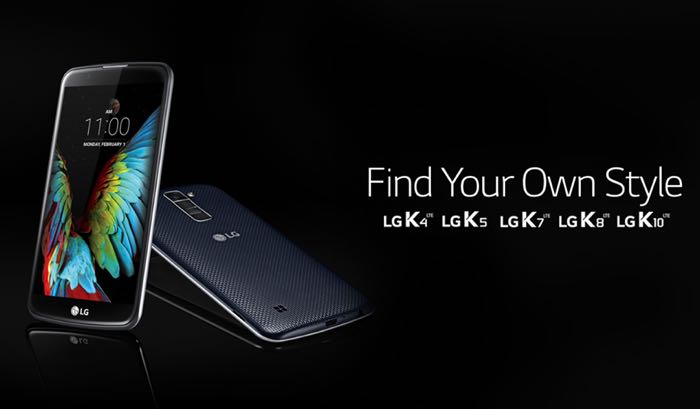 Yesterday we heard about a new smartphone in the LG K Series, the LG K4, the device was listed in an official LG video.

Now LG has revealed that there will be three new models in their K Series, along with the already announced K7 and K10, the company will also introduce the K4, K5 and K8.

The news of these three new K Series smartphones from LG was announced on Facebook, you can see what they had to say about them below.

As part of LG’s new affordable mid-range smartphone series, the K10 and K7 stand out both in design and camera features. The glossy pebble design complemented with intricate woven back patterns provide a better grip and unique features including the ‘gesture interval shot’ and ‘tap and shot’ will bring a hassle-free selfie experience to those in use.

The company has not revealed any specifications on these three new models in their K Series range, as soon as we get some more details, we will let you guys know.