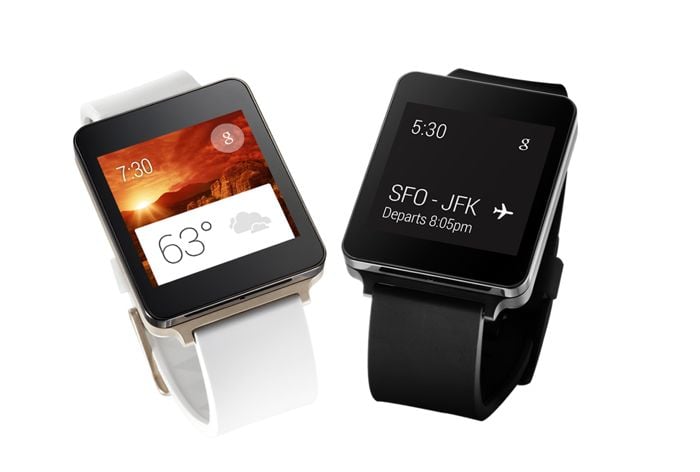 We have been hearing rumors for a while that the new LG G Watch will be launched at LG’s press event on the 27th of May, and now the device has appeared on a UK retailers website, so it looks like it will officially launch next week.

Mobile retailer Unlocked Mobile has put up a pre-order page for the new LG G Watch, although there is no price for the device as yet, those details will be available next week, when the handset gets official at the LG G3 press event.

By saying “OK Google” into the LG G Smartwatch it will allow you to ask any question you may have in mind, send texts or set an alarm. By using the same command you can start your favourite music playlist, obtain details of flight times and make reservations. 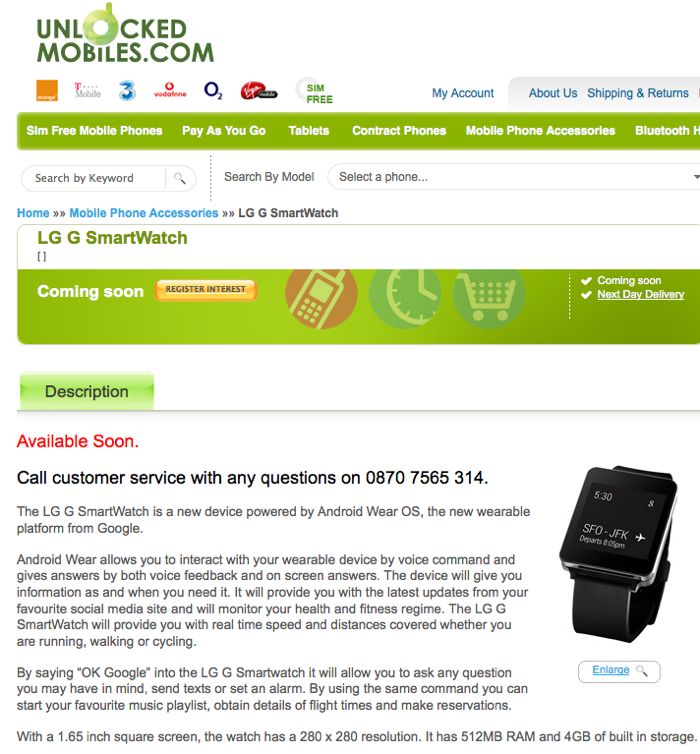 The LG G Watch is said to come with a 1.65 inch touchscreen display that will feature a resolution of 280 x 280 pixels, the device will also feature 512MB of RAM and 4GB of built in storage, plus Android Wear as the OS.

You an find out more details about the LG G Watch over at Unlocked mobiles at the link below, we will have full details on this new smartwatch next week, it looks like the device will be available to pre-order from next week and will go on sale in June.