Google are expected to launch there next Nexus smartphone shortly, the device is rumored to be based on the LG Optimus G, and now some photos have been leaked of a yet to be announced device from LG, the LG e960, which could possibly be the LG Optimus Nexus G.

The photos were posted over at the XDA Developers, and the device apparently features some casing which is designed to hide the handsets design, and the handset is running Android 4.1.2 Jelly Bean. 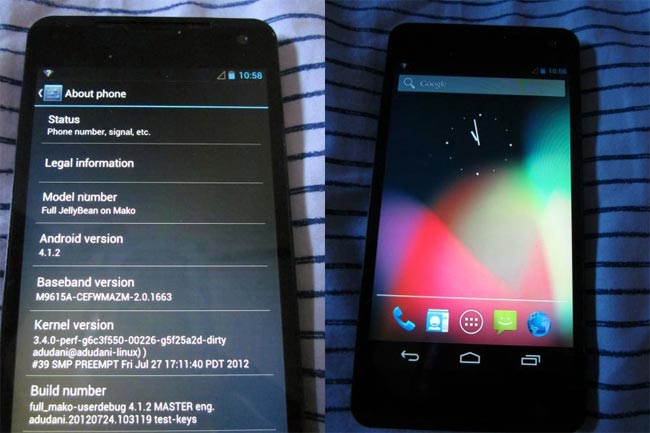 The LG Optimus G Nexus is rumored to feature similar specifications to the LG model, which will include a 4.7 inch display, a quad core 1.5GHz processor and 2GB of RAM.