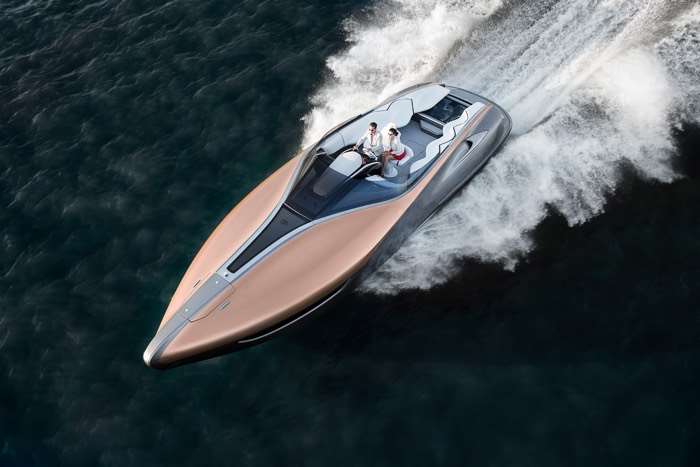 Lexus has been working on a new concept, although this one is not a car, instead the company has developed the Lexus Sport Yacht Concept.

The Lexus Sport Yacht Concept comes with twin Lexus 5.0 litre V8 engines and a massive 885 horsepower, it comes with a top speed of 43 knots. 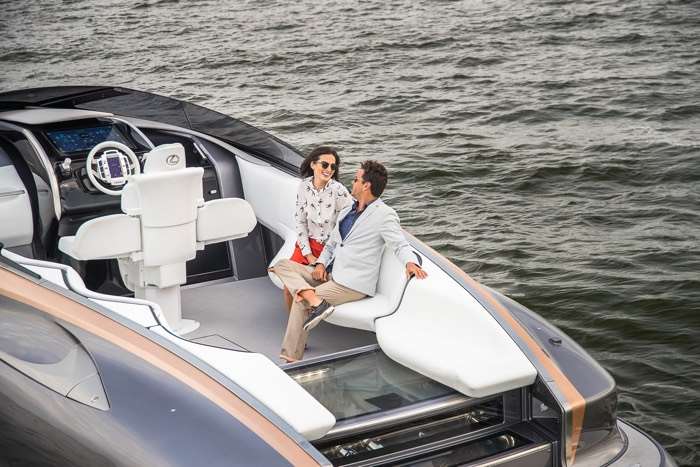 The design of the Lexus Sport Yacht concept has the upper deck and outer hull seamlessly bonded around the inner structure, each piece a single massive hand-laid composite of two-part polyurethane epoxy resin reinforced with hand-laid woven carbon fiber cloth, a composite material called carbon-fiber reinforced plastic, or CFRP. CFRP is the technology used in the structure of racecars and supercars like the 202 mile per hour (325 kmh) 553 horsepower Lexus LFA, high-performance military and civilian aircraft, competition skis and bicycles, and world-class racing sailboats.

You can find out more information about the new Lexus Sport Yacht Concept over at Lexus at the link below.