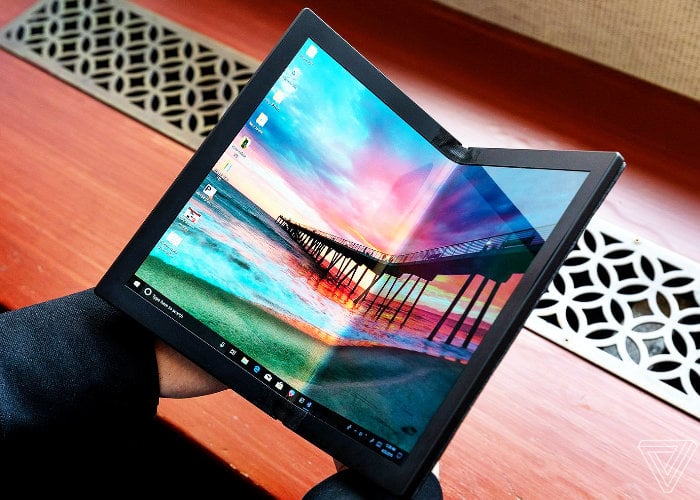 As well as announcing a variety of new mini PC systems and laptops this week, Lenovo has also taken the wraps off its new folding PC prototype which has been under development for over three years and is expected to be officially launched sometime during 2020.

The Lenovo folding PC as part of the company’s premium ThinkPad X1 brand and will offer a fully functional computer rather than a secondary display, tablet or accessory. Equipped with a 13.3-inch 4:3 2K OLED display that can be folded into the compact PC is roughly the size of a novel. The hinge mechanism allows the computer to be used in either portrait or landscape modes depending on your needs and a screen-based keyboard allows you to quickly make notes or code depending on your needs. Check out the video below for a quick hands-on review of the  folding PC prototype.

Due to the prototype still being under development no details on the hinge mechanism have been released as yet. Also unfortunate the current time no specifications, pricing or availability has been confirmed by Lenovo that the sooner as more information becomes available we will keep you up to speed as always.

To learn more about the unique Lenovo folding PC system and its development, jump over to the Verge website where Chaim Gartenberg has been able to put the prototype through its paces and provides a great hands-on review and overview of what you can expect from the folding PC.