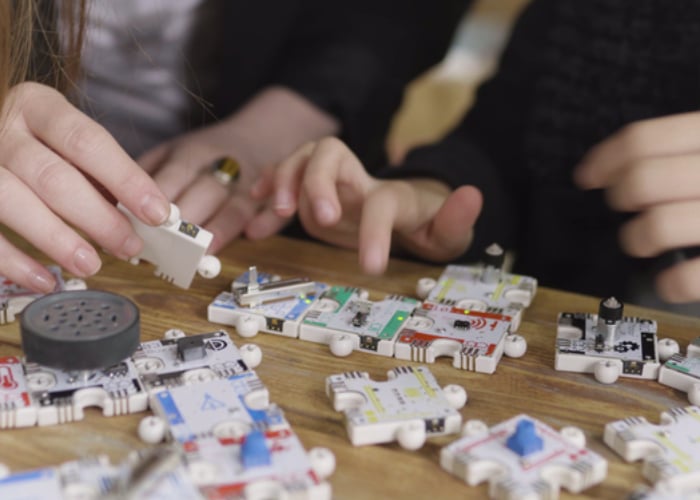 If you are interested in learning more about robotics or helping younger students build their first robots you may be interested in a new system called ActivePuzzle. Watch the demonstration video below to learn more about the new system designed to help with STEM Skills while also providing an introduction to robotics, coding and programming.

“It’s true that there are many robot building block games out there, but we were looking for something else. As educators, for years we’ve been trying to teach children science and technology advanced principles, but there were always language barriers – electronics, mechanics and computer languages. It took us 8 years to understand our mistake: we were trying to teach kids the robotics language, instead of letting them learn robotics in their own language. And the very first language they learn even before they start talking is… Puzzles! Using the ActivePuzzle robot construction kit children and adults alike will :

Launched via Kickstarter this week early bird pledges are available from $78 or roughly £59. If all goes well worldwide shipping is expected to take place during June 2019.