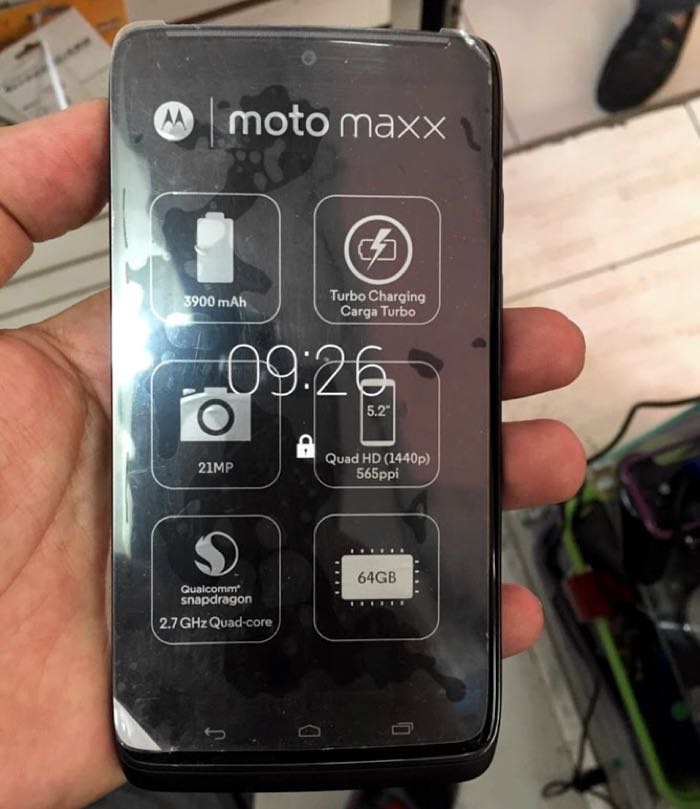 Back in July a new trademark filing for the Moto Maxx smartphone was discovered, and now some photos of the handset have been posted on Google+ by Guilherme Henrique from Brazil, the photos have now been removed from Google+.

The Moto Maxx appears to be the international version of the new Droid Turbo that was announced by Verizon Wireless recently, the handset seems to have the same specifications as the Turbo. 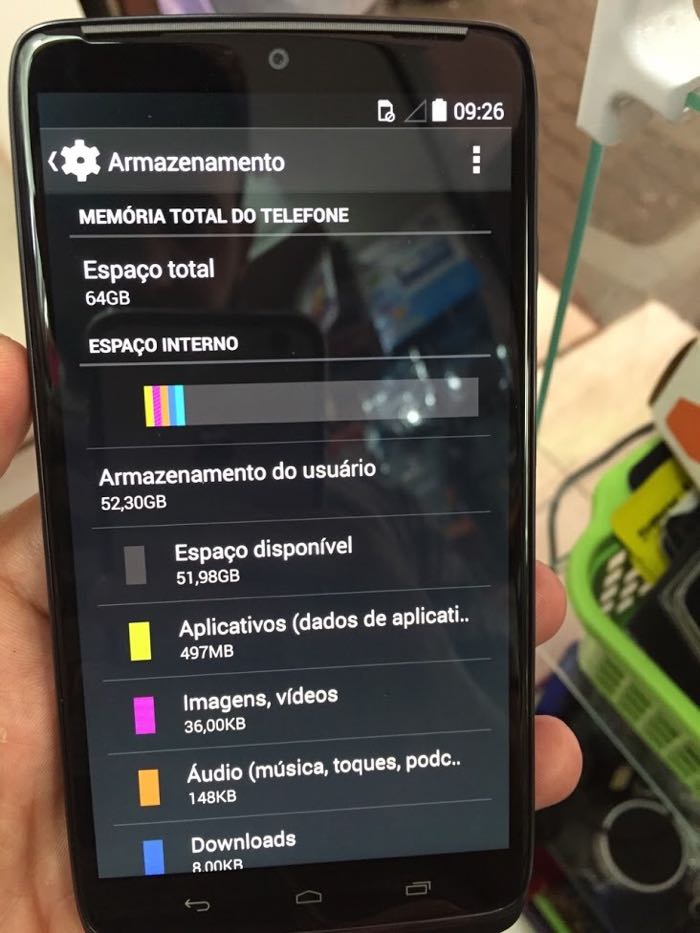 The Moto Maxx is powered by a quad core 2.7GHz Qualcomm Snapdragon 805 processor, the device will also come with 3GB of RAM and 64GB of built in storage. 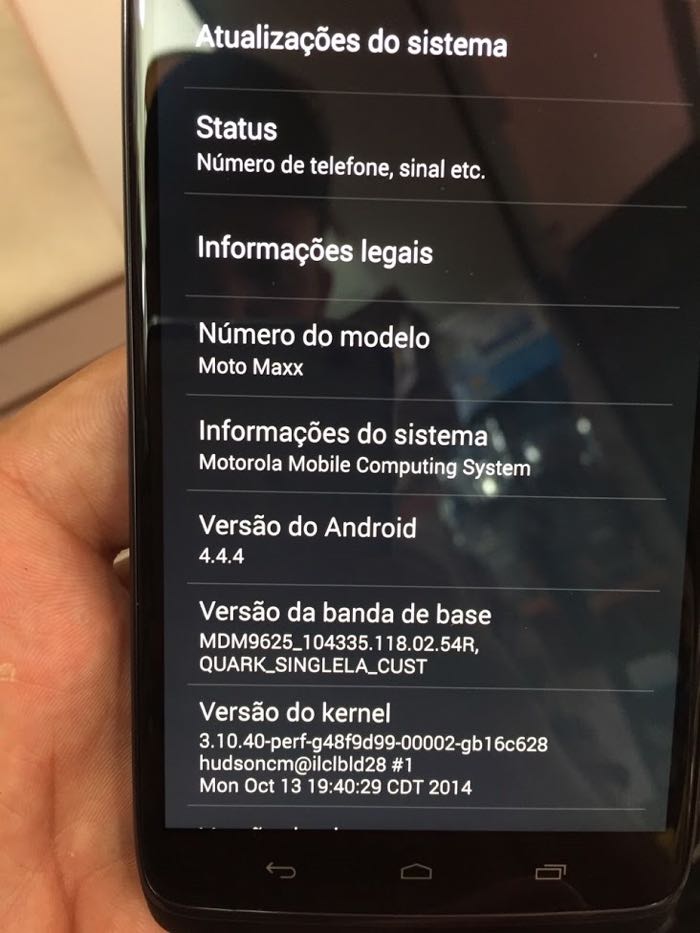 Other specifications on the Moto Maxx include a 21 megapixel rear facing camera that can record 4K video plus a 2 megapixel front facing camera, the device will also come with Android 4.4.4 KitKat.

It looks like the Moto Maxx will come with the same fast charging as the Droid Turbo, the handset will be equipped with a 3900 mAh battery and we presume it will feature the same wireless charging.

As yet there are no details on exactly when the new Moto Maxx smartphone will launch, although we wouldn’t be surprised if it is made official before the end of the month.