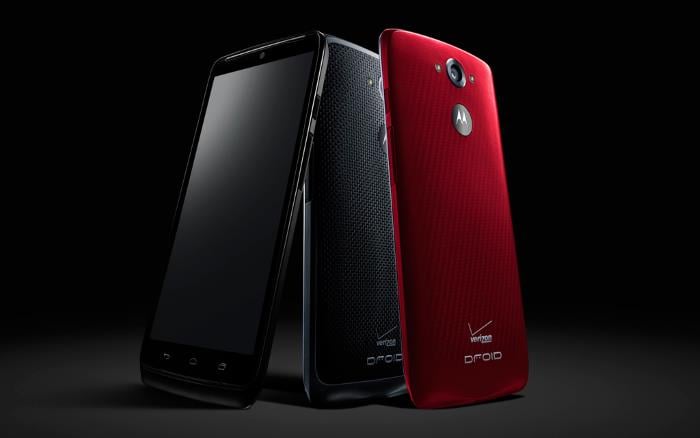 After countless number of leaks and rumors, Verizon has finally announced the monstrous Motorola Droid Turbo, which is set to hit the Big Red on October 30th.

Motorola Droid Turbo features top-of-the-line specifications, rocking a 5.2-inch display sporting a resolution of 2560 by 1440 pixels with a 565 pixels per inch.

The handset is powered by a quad-core Qualcomm Snapdragon 805 processor clocked at 2.7GHz, 3GB of RAM, and 32/64GB of internal storage with a Kevlar back. There’s a 21MP camera on the back with 4K video recording, a 2MP front-facing camera, Micro USB, 3.5mm headpset jack, NFC, Bluetooth 4.0, WiFi a/g/b/n/ac and runs Android 4.4.4 KitKat as its operating system out of the box. The smartphone features a massive 3,900 mAh battery with Qi wireless charging capabilities, and support for Motorola Turbo Charger.

The Motorola Droid Turbo will be exclusively available from Verizon Wireless. The 32GB version of the handset comes with a $199.99 price tag tied to a two-year contract or $25 on Verizon Edge. On the other hand, the 64GB version of the handset costs $249.99 with a two-year contract. The handset is available in multiple color options, including Metallic Black, Metallic Red, and Black Ballistic Nylon for the 32GB version, while the 64GB one is only available in Black Ballistic Nylon color.

Anyone planning to grab the Verizon Droid Turbo?