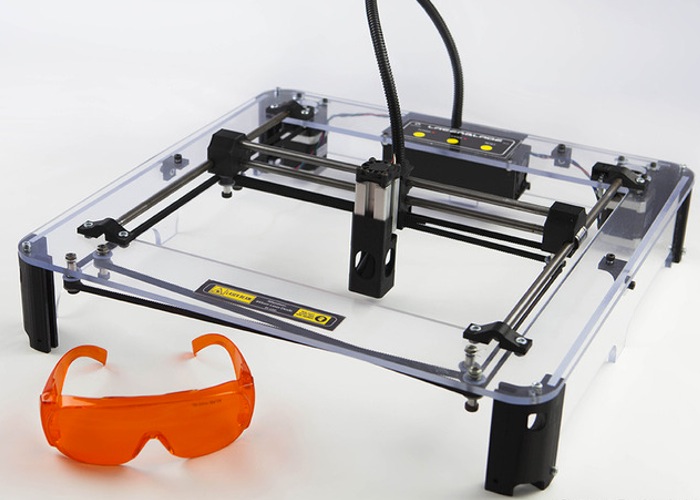 Darkly Labs has this week unveiled a new desktop laser cutter and engraver they have created and launched via the Kickstarter crowd funding website.

Even with 32 days left to run on their Kickstarter campaign the desktop laser cutter project has already blasted past its required pledge goal and will automatically make the jump to production when the campaign finishes.

“Our goal was to create a portable device that went beyond a novelty and proved itself a useful tool for both the novice creator as well as the serious artisan, and everyone in between.

Laser cutting is a technology that uses a powerful laser to cut or engrave flat sheet materials such as paper, wood, plastic, fabric etc. It works by directing the output of a high-power laser at the material to be cut / engraved. The material then either melts, burns or vaporizes away, leaving an edge with a high-quality surface finish.”