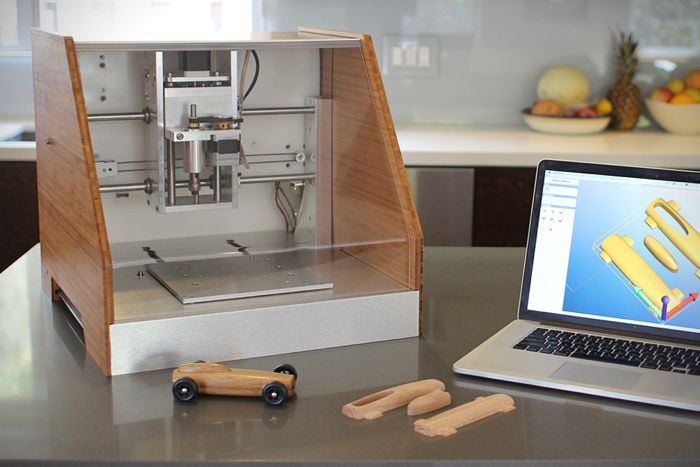 Earlier this month Carbide 3D launched their Kickstarter campaign to help promote and mass produced their Nomad 883 CNC desktop mill, with the aim of raising $30,000.

Now with still eight days to go of their Kickstarter campaign has nearly 300 backers and raised a massive $400,000 in pledges making sure that the mass production of the new Nomad 883 CNC desktop mill will definitely expand rapidly.

The Nomad 883 CNC mill is fully enclosed to control the mess and limit the noise hand offers options for either a Bamboo enclosure for a home or studio, or a durable HDPE enclosure for the shop or garage. To find out more about the Carbide 3D CNC desktop mill watch the video below

“We’ve spent the last nine months designing and testing this machine. Everything we’ve shown above was cut on a Nomad 883. Now we’re ready to take it to the next step – a full production order for all of our suppliers.

We’ve been buying standard parts and having custom parts made in small quantities up to now. We haven’t worried about the cost because we’ve only been making prototypes for testing.”

For more information on the new Nomad CNC mill jump over to the Kickstarter website for details and to make a pledge.