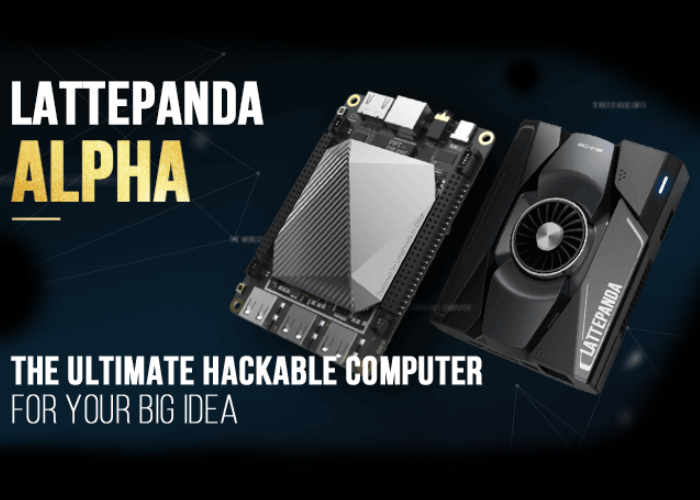 Lattepanda has created a new mini PC roughly the size of two Raspberry Pi systems which is equipped with an Intel Core m3 processor the same as Apple uses in its MacBook. Providing support for both Microsoft’s latest Windows 10 operating system and Linux if preferred. The mini PC is also equipped with support for Bluetooth 4.2 wireless connectivity via 802.11ac, Gigabit Ethernet, integrated Arduino support, USB Type-C, USB 3.0 and support for 4K Ultra HD video playback at 60 frames per second. .

The LattePanda Alpha mini PC is this week launched by a Kickstarter and is already over halfway towards its required pledge goal thanks to over 165 backers with still nearly 60 days left remaining on its campaign. Watch the video below to learn more about this packable mini PC.

Its creators and developers at Lattepanda explain more :

Two years ago, we came to you with the world’s 1st maker board with full Windows 10 out-of-the-box; we ushered in mainstream computing on development boards with 4060 backers. Since then, we have been listening, learning and implementing everything the community has told us.  Now, we are back with another revolution to define a new era of computing not just for enthusiasts, but also for everyone who uses a computer! A Hackable Computer balances the power of desktop devices with the beauty of sleek design, the open community, scalability of components, and rich playability of development boards.

The Alpha Edition uses the same Intel 7th generation Core m3 processor as the latest MacBook. The Core m3 processor is the perfect choice for superior performance and low power consumption. Thanks to the excellent work of Intel and our engineering team, we have shrunken this computing monster from a laptop to the size of a phone. We are shipping Windows 10 Pro this time but we have also added Linux Compatibility because we saw the different needs of users from our 1st Gen products.

For more information and a full list of all available pledges which will start shipping during May 2018, jump over to the official Kickstarter campaign page by following the link below.