LG recently announced the LG Optimus G Pro in Japan, the handset comes with a 5 inch HD display and now LG has released some information about the Korean version of the device which will feature a 5.5 inch display.

The 5.5 inch LG Optimus G Pro will feature a full HD display with a resolution of 1920 x 1080 pixels, the details were revealed ahead of Mobile World Congress on LG’s Social Blog. 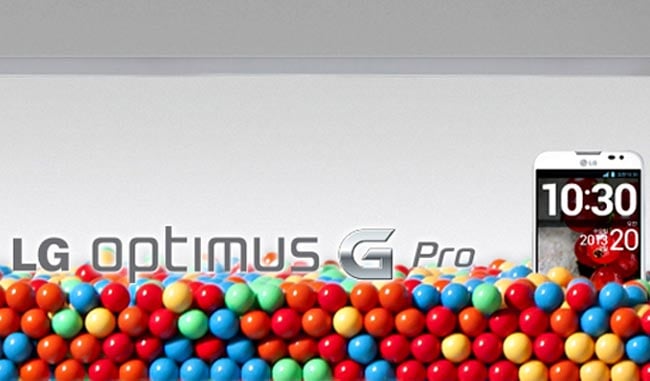 Whilst the Korean version of the LG Optimus G Pro will feature a larger display, the rest of the specifications are expected to be the same as the Japanese version which will include a a 1.7GHz quad core Qualcomm Snapdragon S4 processor and the handset also comes with 2GB of RAM.

The Optimus G Pro will come with with Android 4.1.2 Jelly Bean and features 32GB of built in storage, plus a microSD card slot, there are also dual cameras with a front facing 2.4 megapixel camera for video chat and a 13 megapixel rear camera for photos and video.

So far we know that Japan and Korea will be getting versions of the LG Optimus G Pro, there are no details as yet on whether the device is headed to the US or Europe we should have more details at MWC 2013 later this month.