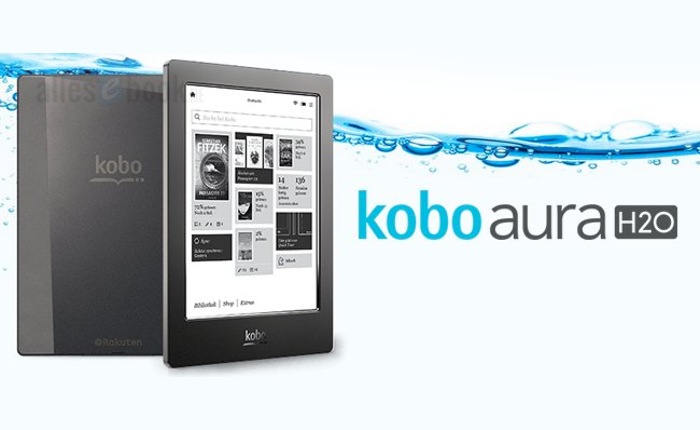 Newly leaked information this week is suggesting that Kobo is preparing to launch its new waterproof eBook reader in the form of the new Kobo Aura H2O early next month priced at $179.

According to the leaked information which has been made available via the Digital Reader website the new Kobo Aura H2O will be equipped with a large touchscreen 6.8 inch e-Ink screen offering a resolution of 1430 x 1080 pixels. Although this has not been confirmed by Kobo as yet.

Other specifications of the Kobo Aura H2O reveal that it will be powered by a 1 GHz processor and include 4 GB of internal storage and weigh roughly 233g. Other features of the Kobo Aura H2O eBook reader include a microSD card slot as well as a ComfortLight offering even light distribution whilst reading in low light conditions as well as wireless connectivity.

The leaked report indicates that the Kobo Aura H2O will be available to preorder from September 1st, 2014 and will provide protection from water to meet the IP67 standard. Allowing the e-reader to be submerged in 1m of water for up to 30 minutes without having any damage sustained to its sensitive internal electronics.

The latest Kobo eBook reader is also expected to be equipped with a battery that is capable of providing up to 2 months of usage on a single charge. But as soon as any official information is confirmed and announced by Kobo we will keep you updated as always.