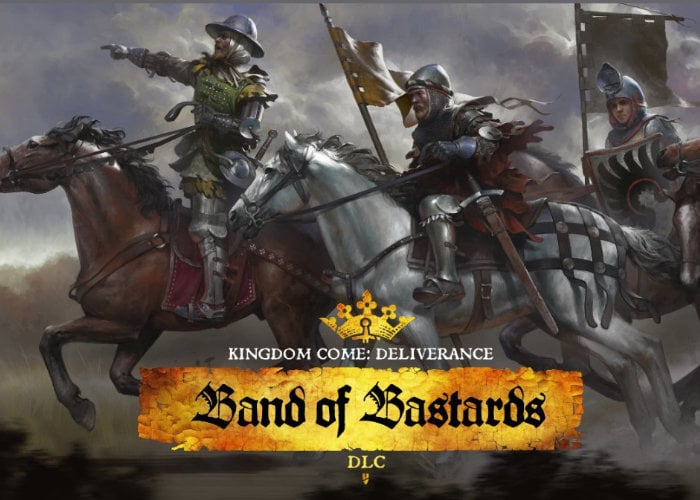 Developers Warhorse Studios have announced a new DLC for the awesome sword fighting adventure and role-playing game, Kingdom Come: Deliverance. The new Band of Bastards DLC will be arriving early next month and available to play from February 5th, 2019 onwards. Check out the teaser trailer below to learn more about what you can expect from the new content and storylines. Don’t forget you will require the base game Kingdom Come: Deliverance in order to play.

“Ready for a new adventure? The roads aren’t safe anymore and now a new threat has reared its ugly head. As Sir Radzig’s loyal servant, you, Henry, will have to deal with it. But you are not alone – for better or worse, you will ride with an infamous band of mercenaries charged with bringing order to the domain. But what if the cure is worse than the disease?”

“The roads around Rattay are far from safe, so Sir Radzig Kobyla has enlisted the help of an old acquaintance, the impoverished but wily Baron Kuno of Rychwald, and his infamous mercenary band. Radzig sends Henry to guide the band around the territory… and to keep their unbridled appetite for trouble in check. They set out to patrol the province and soon discover that Radzig’s sworn enemies from long ago have come to settle old accounts. The rival bands engage in a tit-for-tat war that finally culminates in an inevitable showdown.”